There is an unusual choice of paths for science in many UK schools: either three separate physics, chemistry and biology GCSE grades, often known as ‘triple science’, or a course that combines the three subjects into two GCSE grades, ‘combined’ or ‘double’. Recent research has called the benefits of triple science into question: is this choice between the combined and triple pathways desirable? 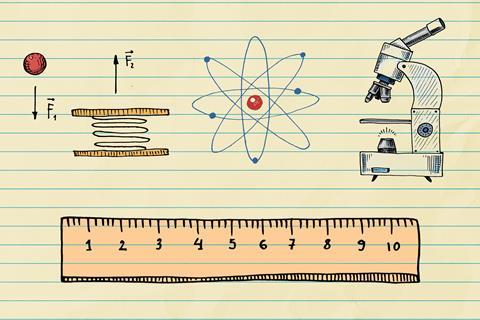 When GCSEs were first introduced in 1988, students chose from the three separate subjects with the result that girls tended to drop physics and boys tended to drop biology as examination subjects. This resulted in the Association for Science Education calling for a broad and balanced science education for all up to the age of 16. Since each science GCSE was written assuming 10% of curriculum time, and it was agreed that the 30% required to study all three subjects was too much, the double award science was created. The double award combines all the three sciences into two GCSEs taking 20% of curriculum time. Additionally, triple science was promoted enthusiastically by the government, and supported by the CBI (Confederation of British Industry) and the Campaign for Science and Engi­neering, amongst others. The intention was an increased uptake of triple sciences would encourage more students to go on to STEM careers.

In practice there is very little choice for the individual student since many schools restrict entry to triple science to those students who reach a certain level of attainment. This is partly because that was the original remit for triple science. However, it is also largely because the triple science material is generally squeezed into fewer lessons and schools are reluctant to encourage students to take a course where they would be expected to get lower grades. This streaming of students leads many to conclude that science at A-level is only for ‘clever people’. It has generally been assumed that because a higher proportion of students from triple science go on to A-level, triple must be ‘a good thing’ and therefore we should encourage more students to do it. However, the flip side is that fewer students who’ve taken combined science go on to A-level and this may be largely because they have been discouraged and consider themselves to be less suitable. In their 2017 analysis, Archer et al argue that despite the intended aim of triple science being to increase take-up of sciences at A-level, it has likely narrowed the pool and restricted access to A-level sciences.

Many of our modern-day challenges involve people from different disciplines working together and providing students with a well-rounded basis in science will prepare them better for this. Ensuring all students have the opportunity to study the same material, and make the connections between that and their daily lives, is more likely to lead to better take-up of A-level science and improve the STEM pipeline.