Secrets of the trade: Where does the helium gas in a party balloon come from? Jonathan Hare finds out… 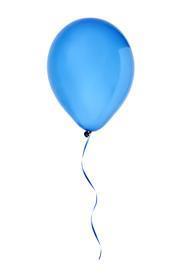 We are all familiar with the sight of a helium party balloon floating on its string. It gives delight to children (young and old) and there is something rather poignant about a balloon drifting up and up into the sky, making its escape from a small careless hand and the Earth’s gravity. We may be familiar with the helium balloon, but where does the helium in the balloon actually come from?

The question is an interesting one because you can’t actually make helium via a chemical route. Hydrogen gas, for example, can be produced by adding a metal to acid, but there is no equivalent chemical synthesis for making helium.

Helium was first observed in sunlight as dark absorption lines (‘Fraunhofer lines’) in the spectrum created by a prism or spectrometer. It was therefore called helium after the Greek for sun, helios.

Although helium is the second most abundant element in the universe, it’s not so easy to find on Earth so we have to store whatever we find. Helium is a natural product of radioactive decay from elements (such as thorium and uranium) within the earth. Over time, the helium produced by this decay builds up within the Earth and so it is often found in the materials drawn up by the oil and gas industry.

Just like a balloon, any naturally occurring helium will soon rise up and escape the Earth’s gravity, so the material is continuously being lost to space. All the helium we use today in party balloons and in industry is obtained from underground oil and gas reserves. As helium can therefore be quite expensive – industrial and university laboratories make sure they recycle the gas and minimise its waste.

One helium balloon can lift about 10 g. In the 2009 film Up, a 10 tonne wooden house would therefore need around a million balloons to make it fly!

During the early part of the 1900s the potential for giant airships looked very promising. Passengers, goods and messages were transported quickly around the world by Zeppelins. The inside of these massive air ships were made of thousands of metal girders of a lightweight construction and alloy. I remember seeing one of these at the National Physical Laboratory museum and being amazed that I could pick up a 200 x 20 x 20 cm girder with my little finger.

Zeppelins however didn’t ‘fly’ using helium; they used hydrogen. Hydrogen of course is highly explosive, especially in a hydrogen and oxygen mixture, whereas helium is safe. The idea that Zeppelins might explode was always on people’s minds. The unprecedented global newspaper coverage of the Hindenburg disaster in 1937 rapidly led to the decline of the amazing airship empire. Being inert, helium would make a preferred gas for ‘lighter than air’ ships. At the time helium was too rare to be used in Zeppelins, but helium airships are now making a comeback.

Learn more about helium, the inert element with extreme behaviour, with this article from Education in Chemistry.

Learn more about helium, the inert element with extreme behaviour, with this article from Education in Chemistry (http://rsc.li/1fNZTC6).