Secrets of the trade: Jonathan Hare shines a light on randomness 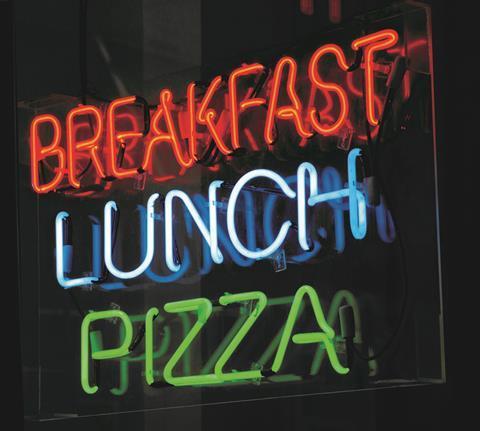 Randomness and chaos are at the heart of many transformations and interactions in chemistry. In Brownian motion, for example, large particles appear to move randomly throughout a solution as they collide with atoms and molecules.

As a chemical reaction progresses, randomness is usually averaged out and covered up, but we can catch a glimpse of this effect if we look closely at a particular type of light bulb.

You will have seen the bright neon lights of shop window advertising signs, nightclubs or the classic American diner. They consist of thin glass tubes filled with an inert gas. Electricity is applied via electrodes at the two ends of the tube, which increases the energy of the electrons in the gas’s atoms. As the atoms constantly move about in the gas they often collide and give up some of this energy by emitting light.

The gas in the tubes is often neon, hence the name. The colour of the light emitted depends on the particular gas in each tube. For example neon gives off a red glow, helium yellow and mercury blue. Mixtures of inert gases can create many different colours.

Fluorescent tube lights found in schools and offices are similar to neon lights. However, the gas also contains traces of other atoms such as mercury so that the tubes produce ultraviolet (UV) light as well as visible. The glass tubes are coated with a fluorescent material that glows when exposed to UV light, and this is the bright white light you see when the lamp is switched on.

In both neon and fluorescent lighting, if the voltage drops, or if air leaks in, the light will be unstable and flicker. This is very annoying if you happen to live opposite a large neon sign ‘on the blink’!

You can buy neon lights deliberately designed to flicker, for example to simulate candle light. There are two electrodes within the glass bulb – a pair of closely spaced, but not quite parallel, metal plates. The spot where the glow is produced is sensitively dependant on the gap at that point and also probably the temperature and pressure in that region. The result is that the glow randomly moves around between the plates, looking rather like a candle flame flickering in a breeze.

Is it really random?

If you look closely at the bulb, it may seem that the flickering occurs on a regular basis. However we can try a simple experiment to show that it is a random process.

I placed a solar cell next to a flicker bulb and darkened the room. The flickering light created a varying voltage in the cell, which was recorded on a data logger. The graph shows regular sharp pulses, which are due to the 240 V mains alternating current turning the light on and off every half cycle. However you can also see the intensity of the light received by the solar cell randomly fluctuating over time. It is possible to see this as a ‘spectrum view’ which shows the flicker rate (the way the flashes per second vary over time) was fairly random too.

To the eye the bulb seems to flicker regularly, even though it is random. This is rather like the way a flag flaps in the wind – random motion that looks periodic – a classic chaotic system.

The Belousov–Zhabotinsky reaction is another example of a chaotic system. The concentration of the ions in the reaction oscillates, causing the colour of the solution to fluctuate back and forth.

The Belousov–Zhabotinsky reaction is another example of a chaotic system. The concentration of the ions in the reaction oscillates, causing the colour of the solution to fluctuate back and forth (https://www.youtube.com/watch?v=uWh8reiXq58).