Understand the chemistry behind the colour changes in food

Chemistry is sometimes tough for students to grasp. Imagining the position of individual atoms in a 3D space, solving kinetic equations or performing titrations all feel as far from everyday life as quantum physics. One way to tackle this is to look around the kitchen. The different aromas and colour changes can unlock the secrets of chemistry and biochemistry. 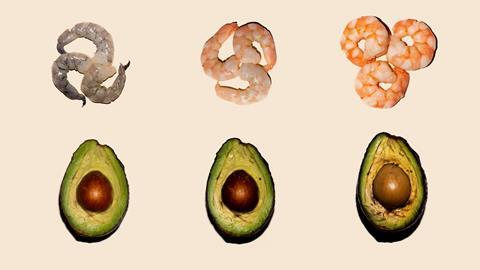 Browning: the good, the bad and the tasty

When you bite into an apple or cut an avocado, the flesh quickly starts to turn brown if left unprotected. The browning process is a consequence of mechanical and physical stresses that occur during the harvest, post-harvest processing and storage of fruit and vegetables.

Professor Anna Lante, of the University of Padua in Italy, leads a group that focuses on enzymes and their uses in the food industry. ‘The enzymatic browning reaction is mainly driven by polyphenol oxidase, an enzyme that can be found inside of the cells in higher plants and fungi,’ she says. Polyphenol oxidase belongs to the oxidoreductase family and is capable of oxidising various substrates. ‘It contains copper and catalyses the oxidation of polyphenolic substrates into quinones, which then polymerise into brown pigments through a non-enzymatic reaction,’ she adds.

This article explains many observations students will have made in the kitchen. Use it to help students see that chemistry is all around them. This topic also relates well to their study of natural organic compounds.

Browning in the kitchen is not all bad. The aroma of freshly made bread, the browned sides of a steak and the full umami flavour of soy sauce originate in the products of a biochemical browning reaction discovered by French physician Louis Camille Maillard in 1912. For a Maillard reaction to occur, a reducing sugar with an easily accessible carbonyl group reacts with the deprotonated amine of an amino acid, which is why boiling soft German pretzels in NaOH solution prior to baking gives them a signature dark brown crust. The resulting imine intermediates react to form a complex mixture of flavour and aroma compounds.

According to Teresa Ambrosio, a chemist from the University of Nottingham, products of this chemical process can also be found in chocolate. ‘The chemical reaction that gives chocolate its incredible flavour and makes us feel like we could eat an entire bar of chocolate at once is the Maillard reaction,’ she explains. ‘Cocoa beans are fermented, dried and roasted before being turned into powder. During the roasting step, which takes place in chocolate factories, cocoa beans are kept in big ovens at around 120–140°C. At this high temperature, some compounds in the beans can react with each other to form the aroma molecules that give chocolate its amazing taste.’

If you would like to try inhibiting enzymatic browning with your students, lower the pH of apples or avocados by adding lemon juice. Decreasing the pH removes the copper cofactor necessary for the enzymes to work, so they stay green.

As well as negatively impacting the appearance of fresh fruit and vegetables, browning can influence their nutritional value and decrease shelf life. Professor Zhongli Pan, of University of California, Davis, has dedicated his research to fighting enzymatic browning using a technique called blanching. ‘Traditionally, blanching is performed using hot water or steam. French fries are often placed into hot water for a little [while] after being cut to inactivate enzymes and prevent their browning,’ Zhongli explains.

Zhongli’s research group also explores other thermal techniques for enzyme inactivation, such as infrared irradiation. He explains that because water isn’t used, the infrared technique is more environmentally-friendly and more nutrients are retained because there’s no water to leach into.

This worksheet aims to help improve students’ skills in analysing data and making conclusions. It’s important for students to gain experience of experiments in unfamiliar contexts and not just in the required practicals. This also links to their study of acids, proteins, amino acids and enzymes.

This worksheet aims to help improve students’ skills in analysing data and making conclusions. It’s important for students to gain experience of experiments in unfamiliar contexts and not just in the required practicals. This also links to their study of acids, proteins, amino acids and enzymes.

Greener on the other side

The deep green of freshly blanched broccoli, spinach leaves and green beans allows us to observe and understand physical chemistry and biology in action. Many green vegetables look greener after blanching. Blanching removes dust from the surface of the vegetable and gases trapped between plant cells. Both actions alter the wavelength of the reflected light, making the vegetable greener, unless you end up overblanching (and browning) it. According to Susanna Harris at University of North Carolina, ‘plant cells are filled with gases that block out light, and quickly blanching the vegetables allows these gases to escape, allowing us to see even more of the green colour.’ 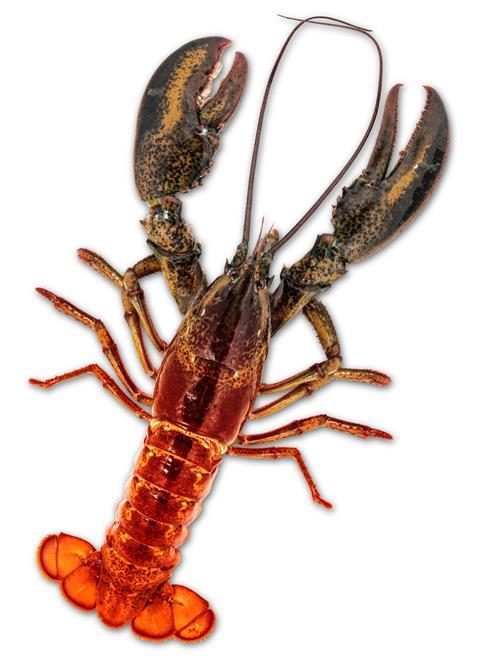 Shrimp and other crustaceans contain a pigment called astaxanthin, a carotenoid with a beautiful pink hue. In live or uncooked shrimp, astaxanthin is bound to a protein, crustacyanin, and the binding pocket changes the shape of astaxanthin, creating a very different environment to that of the free pigment in solution. As a result, astaxanthin’s light absorption shifts towards longer wavelengths and the living crustaceans appear grey-blue. If you apply heat, the astaxanthin-crustacyanin complex dissociates and releases free astaxanthin, turning the cooked shrimp pink.

According to Tomáš Šolomek, a researcher at the University of Basel, ‘the observed colour change was quite a puzzle for a long time. The substantial shift in absorption to achieve the complementary blue colour requires the extent of conjugation in astaxanthin to increase. One study suggested that this could occur by astaxanthin acting as an acid, which loses its proton and turns into its enolate form. Then the absorption spectrum fits well to the observed colour of the live animals. Cooking then restores the more stable neutral form of astaxanthin found in a solution.’

However, the enolate form has not been experimentally confirmed in the astaxanthin-crustacyanin complex. ‘A more recent study shows that the protein pocket is crucial. For instance, it diminishes C-C bond length alteration in astaxanthin, effectively increasing the extent of required conjugation partially responsible for the blue-green colour of astaxanthin-protein complexes,’ he adds.

‘This hypothesis reminds me [of] an old prediction of now obsolete Hückel theory calculations of beta-carotene, which is structurally similar to astaxanthin. Hückel theory assumes no bond length alteration and [previously] predicted carrots to be blue.’

Article by Martina Hestericova, a science writer based in Basel, Switzerland. Resources by Neil Goalby, head of chemistry at Bancroft’s School, London