Kristy asks: why is chemistry such a prized qualification for entering higher education? 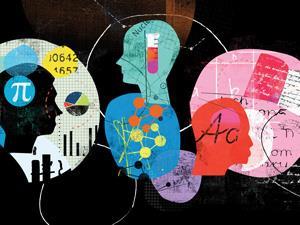 I am writing this blog in the middle of the autumn term, by far the busiest, even more so because I have a Year 13 form group who have all (thankfully!) recently completed their UCAS forms. It is also the prime season for open evenings, when we sell our wares to prospective A-level students, setting out our stall for why chemistry is the ideal subject choice. In doing this we present many statistics about potential careers, employability and future earnings.

In 2013, 51,818 students took chemistry A-level, an increase from 2012 of around 5%. The balance of male to female students was fairly even (52:48% male to female, compared to 21% female entry for physics, 58% female for biology and 42% female for mathematics). It is great to see the value of the qualification being recognised by school students, a nod perhaps to the hard work done by the Royal Society for Chemistry over recent years as well as school teachers and careers officers. Chemistry is a required A-level for a number of undergraduate courses, the 7,515 students accepted into medical school in 2013 will all have had a high grade in chemistry A-level or its equivalent.

The value of chemistry

Chemistry is listed on every published table of ‘facilitating subjects’, those subjects deemed to be most valuable as far as entry to higher education is concerned. Though it is nice to bask in the reflected glory of the prestige our subject attracts, it is sometimes useful to reflect on why chemistry is so valued, and how we can make sure it continues to be valued. What would happen to the numbers taking chemistry A-level if all the medical schools in the country decided they would make physics the required A-level grade A/A*?

I have known many ‘accidental chemists’, people who began their school or university career with very different career intentions. It is certainly more common in Scottish universities, where it is possible to take a wider range of subjects in the early years of an undergraduate education, than in English ones. There are also those who take chemistry A-level because they have a particular career in mind but find for a variety of reasons that they don’t wish to pursue their original path (and I don’t just mean those who fail to get the grades for medicine!) and also those who end up in chemistry through becoming very specialised in an overlapping field. There are also those who pursue chemistry just because they like it. The value of chemistry as a facilitating subject certainly supports the continuing health of the subject both in schools and universities.

A challenge for everyone

As a teacher I have my own ideas about why chemistry A-level is seen as a facilitating subject, not least the difficulty, or perceived difficulty, of the subject content. For me it covers all the bases, in parts it is mathematically challenging while also requiring a high level of linguistic skill in forming explanations. It is natural that students will want to take chemistry alongside other sciences or mathematics – indeed it is necessary if they want to pursue a scientific degree course. However I always like to see those who are taking chemistry to keep their options open, those aspiring lawyers, historians and politicians. I’m also a passionate advocate of studying chemistry alongside languages, as I did myself at school.

That’s enough of what I think though, I am most interested to find out what you, the wider chemistry education community, think is the reason why chemistry is such a prized qualification?