Eric Scerri explores the composition of group 3 in the periodic table, and why it should be updated 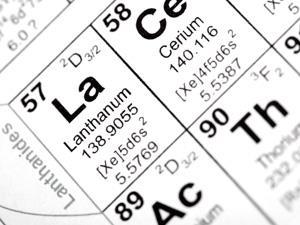 The fifth idea in our series is the view that group 3 of the periodic table consists of Sc, Y, La and Ac. There is now enough evidence to show this is incorrect. In 1982, an article in the Journal of Chemical Education argued group 3 should instead consist of Sc, Y, Lu and Lr.1 Some textbook authors have taken this up, but the majority seem reluctant.2

The author of the 1982 article was not the first to group the elements of group 3 in this way. Many earlier periodic tables had the same grouping. Physicists in the 1950s and 60s suggested lutetium should be in group 3 rather than the final member of the first row of the f-block.3

Similarly, because lanthanum and lutetium have the configurations [Xe] 5d16s2 and [Xe] 4f14 5d1 6s2 respectively, both could occupy the first place in the third row of the transition metal series below scandium and yttrium, in principle. If lutetium occupies this position, following its removal from the f-block as discussed above, lanthanum becomes the first member of the f-block elements. Some object to this placement because lanthanum lacks f-orbital electrons. But, this is not an anomaly since more serious cases are tolerated. Thorium’s atom possesses no f-orbital electrons, yet there is no doubt that it belongs in the f-block.

Electronic configurations are ultimately approximations to what is more fundamentally described as a superposition of several closely lying configurations. An element’s atoms do not require a particular kind of differentiating electron for it to belong to the corresponding block of the periodic table. Helium, whose atoms have a differentiating s-orbital electron, is almost always placed in the p-block.5

A fly in the ointment

For me, this is a virtually conclusive argument in favour of group 3 consisting of Sc, Y, Lu and Lr. The only fly in the ointment is a third possibility, but this involves an awkward sub-division of the d-block elements (Figure 3). As such, it is not a fatal objection to the group 3 assignment that is being proposed in this article.

A recent article in Nature magazine was reported in the popular science press as having contributed to the resolution of the group 3 conundrum.7 Unfortunately, various members of its large team of authors appear to have used the same data to arrive at opposite conclusions. This highlights the need for a categorical means of settling the issue, which I claim to have provided in my article in Chemistry International.8 In any case, it is high time that the idea of group 3 consisting of Sc, Y, La and Ac is abandoned.