On Tuesday 5th July, teachers across England are taking industrial action. Andy Brunning explains why he is one of them 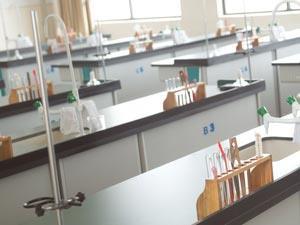 Today, school classrooms across the country are unusually empty and silent. Thousands of teachers are striking as part of the National Union of Teachers’ (NUT) action against current government education policy, and their fears regarding its effects on our children’s education. I will be one of those striking. My reasons for doing so are too long for a series of tweets, so I’ve tried to set out here a classroom teacher’s perspective on the action and why I believe it is necessary.

The government has imposed a freeze on school funding per pupil, meaning that in the coming years it will not rise with inflation. The NUT predicts that this will mean a real terms average funding cut of around 10% for the country's schools – and this was a prediction made before the economic uncertainties surrounding a British exit from the EU became a reality. With the expectations that inflation will rise due to the weakened pound, the NUT’s estimate could end up being a conservative one.

The above has been frequently mentioned in news reports on the strikes, but perhaps it’s better to explain how this could affect your child’s education. Many schools across the country are now existing in a state of constant frugality. Every school I’ve taught at during my four years of teaching has, months prior to the end of the year, imposed a photocopying ban, causing frustration for teachers and students alike. I’ve had to explain to year 11 students approaching their GCSE exams that they can’t write on mock exam papers because the school can’t afford to print off sets for every class.

Working in a science department, cost-cutting is particularly keenly felt

At my previous school, we had to justify the purchase of new equipment by emphasising that it was required for A level practical examinations. At my current school, I started the year without much of the equipment you’d typically associate with a science lab, and the vast majority of it is decades old. Rusted Bunsen burners and battered test tube racks are par for the course.

The introductions of new GCSE and A level courses bring their own demands. Syllabus changes mean that new textbooks are required in most subjects, but these come at a price; at our school, we can only afford to purchase two class sets of books, which will need to be shuffled between eight GCSE classes. The bigger frustration is that the introduction of these new courses has been so rushed. The government has worked under the assumption that schools are teaching a two-year GCSE, whereas all the school at which I have worked have taught it over three years. We started teaching our current year 9s this year, without a great deal in the way of resources or guidance—an unacceptable state of affairs.

The new A level qualifications have been a similarly frustrating experience. Promised online resources have failed to materialise. Course materials are still being written as we’re teaching the course, and simple errors in textbooks and worksheets provided to teachers betray the haste with which they were prepared. The transition to the new courses has been on the whole poorly managed, and those who are affected most by this are the students taking the new qualifications.

At the end of the past two years, I have seen forced redundancies for staff members due to the school not having the money to retain their services. This has affected support staff as well, meaning that some pupils are not getting the support that they need during lessons.

On top of the redundancies, large numbers of teachers are simply choosing to leave the profession. Increasing class sizes, changing teacher pay conditions, and increasing workloads all play a part in this. The government has played down the numbers leaving, saying that while 43,000 teachers left the profession, 45,000 new teachers entered it. My problem with this argument is that there really isn’t a substitute for experience; four years into teaching, I’m a much better teacher now than when I entered the profession. Having large numbers of experienced teachers being replaced year-on-year by those who are just finding their feet cannot be good for education.

I’m a chemistry teacher by trade, but have spent just as much time teaching physics this year due to the ongoing shortage of physics specialists. Official figures show that one in six lessons in key academic subjects in secondary schools are being taught by teachers without a relevant post-A level qualification. Just having excellent subject knowledge does not necessarily a good teacher make, but it’s indisputable that a specialist in a subject can offer pupils a much richer and deeper experience than a non-specialist.

Teacher pay is one of the key factors in these ongoing teacher retention issues. The recent TV adverts trying to lure in new recruits touted the somewhat ludicrous claim that good teachers could earn up to £65,000 a year. While one in around a thousand eventually do, you’d wind up very disappointed if you entered teaching with that figure in mind. For some perspective, I’m in my fourth year as a classroom teacher and I’m still not earning above the minimum starting salary of £22,000 to £27,000 that they cite. Instead of focusing on recruiting new teachers, it would be good to see the government instead incentivising remaining in the profession – but for this to happen, we return to our central argument that more money needs to be put into education.

For parents, teacher strikes can be an irritating inconvenience. However, it’s not a decision that teachers have taken lightly. We want the best for the pupils we teach, but that will not be possible if the government doesn’t pledge to increase school funding. During the debates over Britain’s membership of the EU, promises to put more money into the NHS played an important role – I’d like to see people just as passionate about putting more money into our education system.

This article first appeared on medium.com/@ndbrning