How to learn better 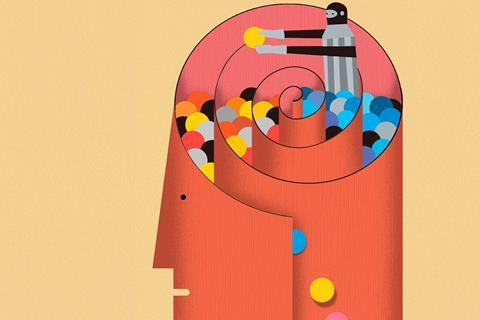 In essence, cognitive science is the study of thought, learning and memory. It draws together neuroscience, anthropology and computational modelling to understand how the mind works: how it responds to stimuli, manages tasks, makes decisions and creates memories. It can help us discern how learning and recall happen, and how to improve them. Through its findings, cognitive science also challenges some common aspects of teaching practice, and suggests new paths to more effective education. Let’s look at some ways it can help your teaching.

How is cognitive science studied?

To build their predictions, cognitive scientists draw evidence from lab-based control trials just as you’d find in medical research, as well as finding verification in neuroscientific investigations and making projections through computational modelling. To see if these theories hold true, studies then move to real-world classrooms.

Is cognitive science ready for the classroom?

The idea of teaching in a way that lets students absorb information more efficiently is attractive, so it’s no surprise that cognitive science has quickly found a home in education, but is your own classroom ready for it? There are certainly warnings about its implementation. For instance, the Education Endowment Foundation (EEF)’s recent summary was positive overall, but found there was still cause for hesitation around some of cognitive science’s ideas.

To start with, some of the evidence that cognitive science provides is not yet robust enough and therefore its success is uncertain in practice. What’s more, there are issues around the replication of studies outside of the laboratory and especially attempts to replicate successes when scaling up to larger groups.

Poor implementation can also be dangerous. When individuals try to implement an idea without fully understanding it, at best it can be non-effective and at worst, harmful to learning; results can suffer, and teacher workloads increase.

What can we take from cognitive science?

Here are some of the positive claims that cognitive science makes about efficient learning. Each negative claim specifies something to avoid in teaching, but offers a positive rule of thumb or ‘best guess, given the evidence’ about what we should do instead.

Discovery learning is not beneficial for novice students

When I trained as a teacher, I was fully convinced that students learned best by discovering things for themselves – that being taught something explicitly was less effective. Cognitive science categorically refutes this position. First, it says there is no privileged status for self-taught concepts versus taught concepts. Second, it tells us that when we are novices, our minds can become quickly overloaded with new information. So unstructured discovery learning, or inquiry-based learning, almost always features too much information for a novice to adequately process.

Try this instead: As the teacher, take the content your students need to learn and carefully break it apart, introducing it slowly, piece by piece, in order to not overload them.

A plenary is not proof of learning

Cognitive science casts doubt on the practice of mini plenaries as proof of learning. With some consideration, this makes perfect sense. When you go for a jog, you might do so to break your personal best. That’s a short-term goal. However, if you jog to get fit, it’s a long-term goal. Nobody would ever say you are now fit after the jog, because this can only be judged successfully over a longer period.

Learning is like getting fit, and cognitive scientists say it is something we can only judge over the long term. Do students remember information two weeks, two months or two years later? If not, learning has been unsuccessful. That means we can’t judge whether learning has happened in the short term; just as you wouldn’t claim to be at peak fitness after one jog. We can’t teach something or do a mini plenary and think learning has happened. Punctuating a lesson to check student understanding is beneficial, but it doesn’t prove they have learned. For that, you need to take a much longer-term approach, repeatedly quizzing students on old learning points and incorporating them into your assessments.

Try this instead: Use long-term approaches to assess if learning was successful.

Students don’t learn according to a particular style

Learning style theories maintain that different people learn in fundamentally different ways. Some people might learn best visually, others kinaesthetically and so on. Cognitive science shows that this is not the case, and the mechanism by which we all learn is roughly the same. Of course, there are differences between individuals, but these are generally a matter of degree: if one student knows more chemistry than another, they’ll be better able to learn even more chemistry. Crucially, though, this is not a qualitative difference – they are not fundamentally better at learning chemistry on some genetic or cognitive level.

Try this instead: Consider prior knowledge as the most important difference between your students when planning lessons.

Cramming content immediately before an exam is effective in terms of passing that exam, but the memories vanish shortly after, leading to a stop-start model of learning and a lack of build-up over time. Instead, revisiting past material should be spaced out, so students can look at content repeatedly over many weeks and months.

Try this instead: Embed revisiting into your practice, ensuring that students are given regular opportunities to look back at past material.

Cognitive science has the potential to revolutionise our classrooms and help our students develop into brilliant chemists. But while its negative claims might be definitive, the suggestions for improvement are not cast-iron rules. They’re principles that should be embedded in your teaching. You are still the most important driver for your students’ success, because cognitive learning’s evidence base will never perfectly prescribe what you should do with year 9 on a rainy Thursday afternoon.