Reliable, evidence-based approaches in teaching are vital, but unproven methods have made their way into classrooms. Nick Rose highlights some of the worst cases and suggests ways you can inoculate yourself against pseudoscience. 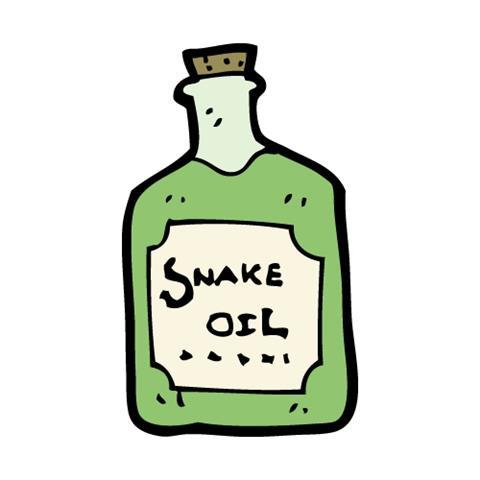 The idea that teaching methods should be evidence-based has a long history, but the debate was reinvigorated in 2013 with Ben Goldacre’s paper, Building evidence into education. In this paper, Ben stresses the potential benefits of rigorously tested educational claims to the teaching profession despite resistance towards randomised controlled trials.

In his book Bad science, Ben tackled the once popular phenomenon in primary schools and some secondary schools called ‘Brain Gym’.

He identified this approach was based on some deeply spurious claims and pseudoscientific ideas: That children should learn gestures to activate their ‘brain buttons’ and ‘join up’ the left and right hemispheres of their brain, or the bizarre claim that they should hold water to the roof of their mouth so it can absorb directly into their brain.

Experienced teachers have undoubtedly encountered similar ideas. Many of these ideas are intuitively appealing, but they lack robust experimental or classroom trials to demonstrate their effectiveness.

For example, many people have encountered the ‘pyramid of learning’, the suggestion that different learning methods can determine the amount of information you retain – you remember 5% of what you hear, 10% of what you read, 75% of what you do, and 90% of what you teach others. The problem is, however, these numbers were simply made up! In truth, each way of teaching can be effective, and reading — surely the basis of life-long learning — is extremely effective.

Another suggestion is that teachers should differentiate for learners depending on which of their brain hemispheres is dominant. It’s not uncommon in schools or professional development sessions to see images that imply the right-brain is intuitive, emotional and creative, and the left-brain is analytical, logical and rational.

And although neuroscience shows there is some difference in function between the two halves of the brain, these do not match up to the left-logical and right-creative claim. In fact, neuroscience has shown that even the idea that we have a ‘dominant’ hemisphere is not true.

I’m sure many readers have raised a sceptical eyebrow when presented with these kinds of claims about learning. However, their simplicity and intuitive appeal means they continue to do the rounds within schools.

So, how do we instil an intelligent approach to research and an attitude of ‘professional scepticism’ within teaching?

A common approach in universities is to provide students with a sort of check-list to prompt questions about a piece of research. For example, the amusingly titled ‘CRAAP test’. This suggests questioning currency (when was it published?), relevance (does it relate to your needs?), authority (what are the authors’ credentials?), accuracy (how valid and reliable are the conclusions?), and purpose (is this written with a specific bias or agenda?).

Such lists may be a useful aide-memoir, but they require considerable background knowledge and some specific expertise to be used effectively. Teachers come from a wide range of academic backgrounds, so it is not necessarily easy for them to work out whether appropriate conclusions have been drawn from the tests presented, or whether the way in which the research or tests have been designed limits the kinds of valid conclusions a researcher might draw.

Critical thinking is not a generic skill, and teachers will need considerable background knowledge to apply critical thinking to research claims. Some individuals might have the time and motivation to develop a detailed knowledge of educational research methods and statistics, but it is not a reasonable thing to expect of all teachers.

Some work in social psychology suggests that we might be able to ‘inoculate’ people against misinformation and spurious claims. Sander van de Linden and colleagues recently found that public attitudes about climate change could be effectively ‘inoculated’ by communicating the scientific consensus position and warning people about the presence of misinformation.

Perhaps a starting point within teacher education might include critical exposure to some of the common misconceptions within education, like the ones discussed here, combined with opportunities to learn about some of the more reliable scientific ideas about how children learn.

These ideas are developed further in a recent report for Teach First [pdf]. If you’re interested in reading more about some of the myths and misconceptions in education, and want to learn more about reliable scientific ideas in learning, the report highlights a host of great resources for teachers.

Nick Rose worked as a postgraduate researcher in psychology before he becoming a teacher in 2003. He taught science and later psychology in secondary schools. He is co-author (with David Didau) of the book What every teacher needs to know about psychology. He joined Teach First as a research specialist in March 2016.

N Rose and S Eriksson-Lee, Putting evidence to work: how can we help new teachers use research evidence to inform their teaching?, Teach First, 2017