How can cave art be damaged?

Visitors to Lascaux caves expecting to see this (Figure 1) will be disappointed! 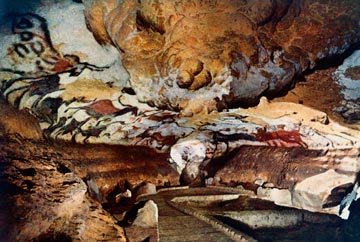 Visitors to Lascaux will not see the original cave art.

Instead they can see replica cave art.

The reason for the closure of the famous caves is a story that starts just after World War II when the small cave was opened to the public. During this time it often received as many as 1,800 visitors per day.

By the late 1950s, the appearance of lichen and small crystals on the walls of the cave prompted the government to be concerned and they instigated an investigation into the problem.

In 1963 the government investigation resulted in the closure of Lascaux to the public and a restriction of access to the real caves to a few specialist visitors every week.

The growth of lichen and crystals was blamed on a mixture of the carbon dioxide produced by the breathing of thousands of visitors, and the presence of lighting in the cave to illuminate the paintings. This, along with changes in the air circulation helped to promote the growth of these unwelcome visitors. However, restricting the number of human visitors might have seemed the right course of action for the cave but not for the economics of the area.

If you would like to make your own inks, similar to those used in the Palaeolithic era, then click the links below:

One solution to the problem

The solution was the creation of a replica cave for visitors to Lascaux and this opened in 1983. This is known as Lascaux II and the result of eleven years’ careful work by twenty artists and sculptors, under the supervision of Monique Peytral. They used, as near as possible, the same methods and materials as the original cave painters.

In the summer of 2008, the artist Renaud Sanson showed the progress made on a recreation of Lascaux, to even finer degrees of artistic exactitude than that attained in Lascaux II. The display area is in Montignac, the closest town to the archaeological site of Lascaux.

The project aims to recreate the major scenes of the Nave of Lascaux, which are absent from the Lascaux II gallery.

Lasers were used to make a computerised map of the gallery, and a master model of each wall was created by assembling hundreds of very thin plates of polystyrene cut with high pressure water. The walls were finished with the texture of the original wall using fibreglass resin.

By combining careful photography with this recreation of the walls themselves, the artists created the most accurate facsimiles yet made of such a cave chamber. 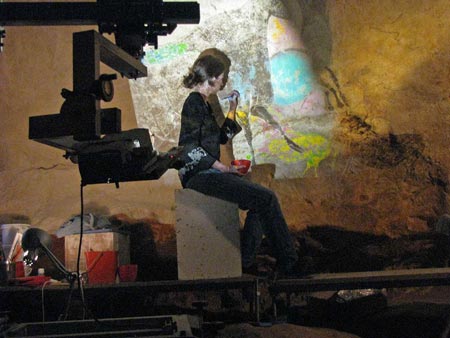 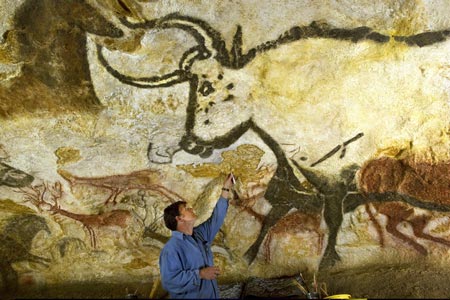 The panels have been designed to be easily transported around the world in containers, bringing the wonder of the Lascaux paintings to people in other countries.

How did they transfer the pictures?

They used laser technology to transfer the original gallery in three dimensions to computer. The walls were then recreated to an accuracy of one millimetre or less, using lightweight fibreglass resin.

Similarly, the entire surface was photographed with great accuracy with regard to both form and colour, and the artwork was then rendered in false colours. The artists paint onto the false colours, projected onto the facsimile gallery, using coded colours. This is to ensure the most faithful rendition of the original scenes see Figure 2 above.

The highly talented artists would otherwise unconsciously try to make the image more art-like, instead of sticking faithfully to what was in front of them.

Sadly it looks as if the latest reproduction, Lascaux IV, a complete copy of the entire cave will not now go ahead since the French government have withdrawn from the project.

However, in the main cave things were not going well. In 1998 it was noticed that the paintings were still under attack from mould, fungi and bacteria. The solution to this was to build a new air conditioning system. Sadly, the influx of workers from the outside environment, who did not disinfect their shoes properly, created more problems. They had brought into the cave a local common mould and the disturbance of the floor soil led to an infestation of Fusarium solani, a white mould. 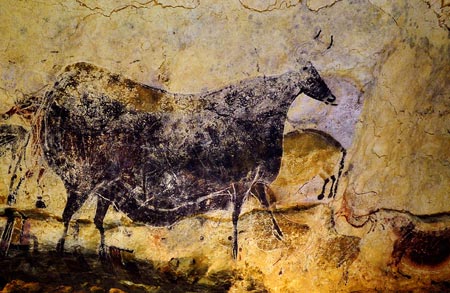 Figure 3: A picture taken on July 25, 2008 shows the prehistoric painting of a bull at the Lascaux Cave in southwestern France. AFP/Getty Images

The problem of black fungus threatening world-famous prehistoric paintings at the Lascaux Cave in southwestern France is ‘stable,’ a scientist said on Thursday. France, criticised for its management of Lascaux, applied fungicide to the cave’s walls in January 2008 in a bid to roll back patches of mould imperilling the legendary art.

To fight this mould the floors of the cave were sprayed with large amounts of fungicides and antibiotics. However, the moulds were resistant to the chemicals and they continued to grow. A decision was taken to shut down most of the air conditioning system see Figure 3 above.

This raised the temperature of the cave and promoted more growth of the mould. To fight this rapid growth quicklime was poured over the floor of the cave and sheets of material soaked in a mix of fungicide and antibiotics was placed onto the paintings.

It took a year for the mould to die back but in 2002 this removal of mould revealed another problem. Bacteria, as black spots, were growing on the cave walls on the paintings and the rock and in 2006 more spots, this time brown, signs of a different bacterium were spotted. This growth of bacteria has continued and in 2007 the normally bright white limestone was found to be grey with a new fungus.

Recent research on Lascaux of the hundreds of bacteria which have formed in the cave has shown that, because of the changes in the air conditioning and the chemical treatment to reduce mould over the decades, many pathogens have entered and are growing in the cave. Amongst these is the bacillus for Legionnaire’s disease so it is unlikely the main cave will ever be opened to the public again.