Measure the speed of light

In this experiment, students report their findings when bread, covered in butter, is placed in a microwave without the turning plate. They also use their data to calculate the speed of light.

The Egyptian pharaoh Akhenaten has declared there is only one god and that is Aten the sun-disk. The Sun is the source of our light and is important for our lives in Egypt. The ancient Egyptians had strange stories to explain the light and dark of day.

The Sun in the sky seems to be a long way away. If it was not we would be burnt by the heat of the Sun so light must travel from the Sun to Earth. You can find out how fast light travels using the following method.

The microwave oven works by producing microwaves, a type of electromagnetic wave, from a device called a magnetron. 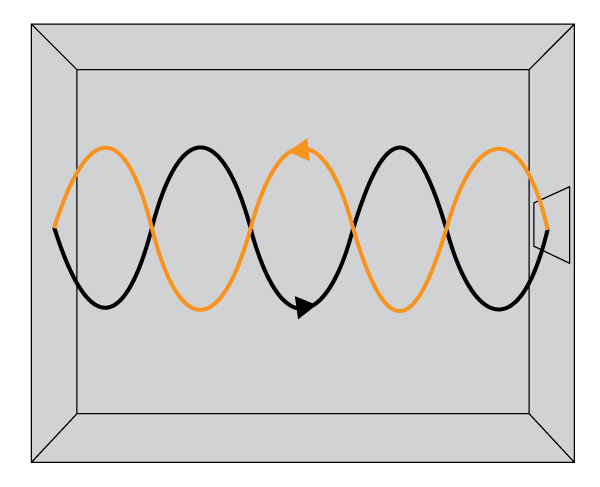 These two waves interact to make huge vibrations at some points and in other places there is no vibration.

This means molecules will be vibrated very powerfully where there is a large vibration, and because the kinetic energy of the molecule is high the temperature increases. In the areas where the vibration is very low the kinetic energy of the molecules will be low so the temperature is lower. These two different areas are separated by half a wavelength.

The turntable in a microwave oven is there to turn the food round so the food cooks evenly.

If you put the buttered bread in the microwave the butter will first melt where the microwaves are the most intense, so the distance between these will be half a wavelength.

So what has the wavelength got to do with the speed of light?

The wavelength depends on how rapidly the wave is vibrating (the frequency) and how fast it is moving. As it is a type of light it moves at the speed of light.

Speed, wavelength and frequency are closely related, as described in diagram 2: 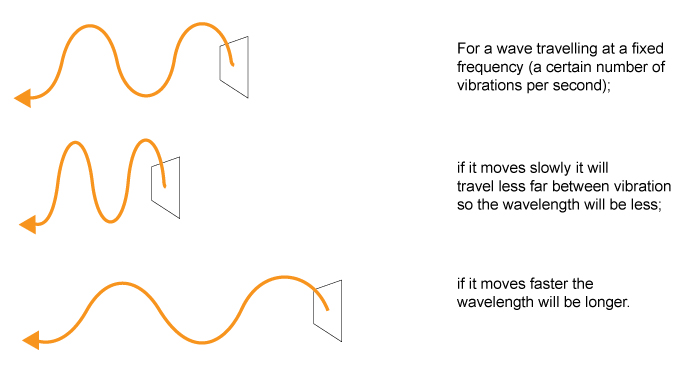 So this means that if the wave has a frequency of 100 Hz it will travel its wavelength 100 times in a second. So the speed of a wave is its frequency multiplied by its wavelength.

Because microwaves are a type of light you have just measured the approximate speed of light.

Most homes have a microwave oven. Students will be very aware of them for cooking. However, they can also be used as a science instrument to gain some measure of the speed of light.

A microwave oven works by producing microwaves, which are a type of electromagnetic wave just like radio waves, infrared or visible light. A wave has a peak and a trough.

What this means in terms of energy can be discussed with the help of a diagram, similar to the one below. At the same time you can introduce the students to the terms amplitude, wavelength, and frequency.

Amplitude is the maximum distance the material through which a wave travels moves away from its rest position. The higher the wave moves up-and-down as it vibrates, the larger the amplitude of the resulting waves.

The distance between two consecutive (one after another) crests or troughs of a wave is called the wavelength (λ). The wavelength can be measured from any point on a wave as long as it is measured to the same point on the next wave. 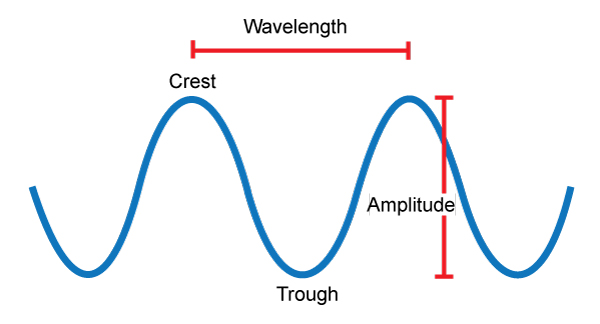 This activity is designed for secondary age students investigating light and waves. It links with:

Discuss why the microwave oven needs to have a rotating base. Discuss if one result is enough and how could you improve the accuracy of your result.

Make sure there is no metal on the bread when put into the microwave oven and be careful of the butter or margarine since it can get very hot.

An alternative to bread and butter is to use a large flat square of chocolate. Again there is a lot of heat and the molten chocolate can be difficult to remove from the microwave.

Take care when moving the microwave oven around.

This is works well as a home experiment, but as a school experiment it’s restricted by access to an available microwave oven. It is therefore reasonable to suppose that it would be carried out only as a demonstration in a school lab.

This experiment is easy to set up and carry out, even if it can get a little messy.

It may take a few attempts to get the timing right. I obtained another result from the same bread by buttering the other side (once it was room temperature) and using it again. The results were the same.

It’s clear to see melted and non-melted parts on the bread although it isn’t too clear where to measure, with different possible parts measuring a different amount.

It is difficult to get the results accurately to the actual speed of light so this would probably have to be discussed with the students’. The discussion would be about where we could measure from and too, how many samples we would need to carry out to get a set of results and how we could get an average result from the samples.

The results allow a good visual representation to consolidate the notes on how a microwave oven works.