Develop and use models in your teaching: Evaluate the particle model of matter

How well does the simple particle model of matter explain observations of changes of state? Watch these videos to assess how effective the model is and how you might apply it in your teaching.

The simple particle model can be used to explain physical changes such as changes of state (The particle model of matter is explained further in our full Developing and using models course).

Are there any exceptions to the rules or to the way in which the model is sometimes applied?

Using the particle model, explain what happens to the water particles when ice is heated so that it melts to liquid water and is then heated further until the water boils.

Watch the video clip and note down your observations.

Does the particle model explain your observations?

Now use the particle theory to explain what happens when you heat solid sulfur until just before the liquid sulfur boils.

Watch the video clip and note down your observations.

Does the particle model explain your observations?

The particle model can explain the initial phase change from solid sulfur to liquid sulfur, as explained in the previous example with ice. However, with sulfur, there are some additional observations in the liquid state that need to be explained. The liquid changing from a runny liquid to a more viscous liquid and then becoming less viscous, as heating continued, was not expected.

In order to try and explain these observations in liquid sulfur, we need to modify the application of the particle model. These observations can be explained by first considering the breaking up of the sulfur rings. 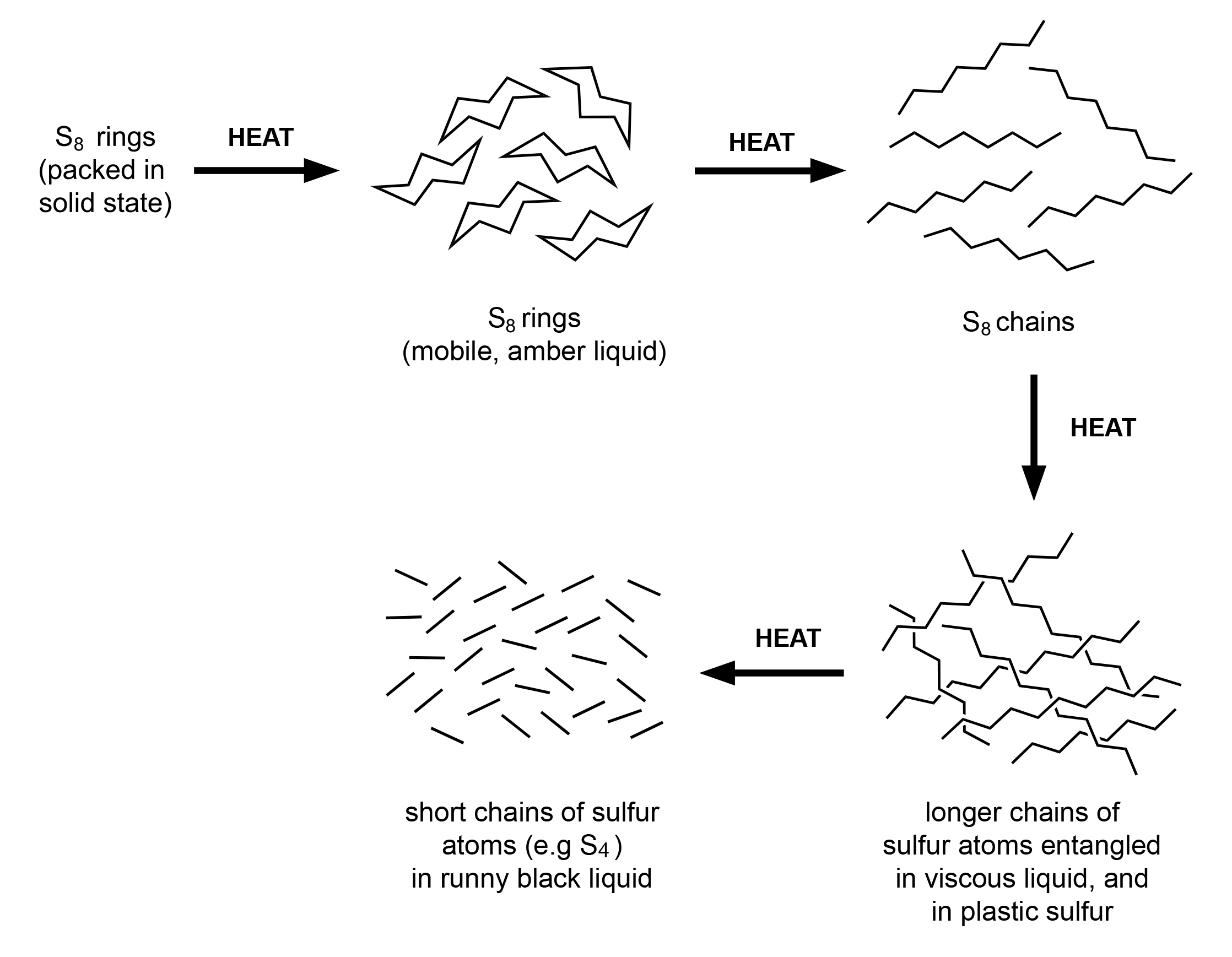 Sign up to our Developing and using models online CPD course for 51 different activities, discussions, techniques and development support like this.

The course includes five topics on how to use Scientific models and theories to Using models to explain scientific observations.

It will take approximately five hours to complete.

You can find further details about the structure of the course in the additional information below:

Our Developing and using models course offers insight into the steps of developing, using and assessing a model. These processes will be illustrated by examples, from a range of different chemical contexts such as the particle nature of matter, balancing equations, equilibria, structure and bonding.

After working through the full course you will:

Visit our teacher CPD pages to view our other courses.

Thank you to Dorothy Warren and John Walker for authoring this course.