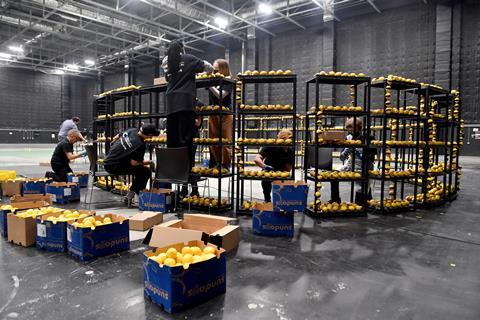 A new Guinness World Records title for the highest voltage from a fruit battery has been set by the Royal Society of Chemistry and battery expert Saiful Islam.

The team used 2923 lemons to generate an astonishing 2307.8 volts, which smashed the previous world record of 1521 volts. They then used the lemon battery to power pyrotechnics that launched a battery-powered go-kart race run by the Blair Project in Manchester. The electrifying feat was designed to highlight the importance of energy storage and the need for new innovations for a zero-carbon world against the backdrop of the COP26 Climate Change Summit. 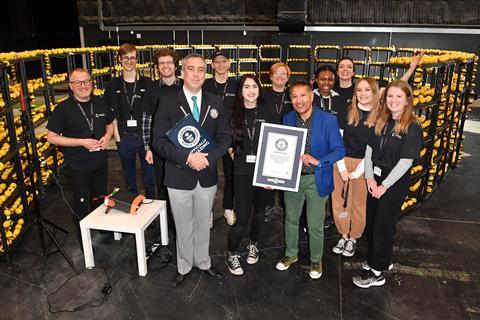 The record attempt was broadcast on Sky First News on Saturday 20 November. You can watch the video in full on the RSC website, which contains information about how batteries work and why they’re vitally important to enabling a net-zero carbon future.

‘It was very exciting to regain our Guinness World Records title by squeezing the highest voltage from a fruit battery,’ says Saiful enthusiastically.

Although this is an incredible achievement, the lemon battery is not an effective one because the amount of electrical power produced would not even be enough to turn on a smart television. Saiful explains that batteries ‘have a vital role to play in reducing carbon emissions and have come a long way with modern lithium batteries helping to power the revolution in portable electronics and mobile phones.’ 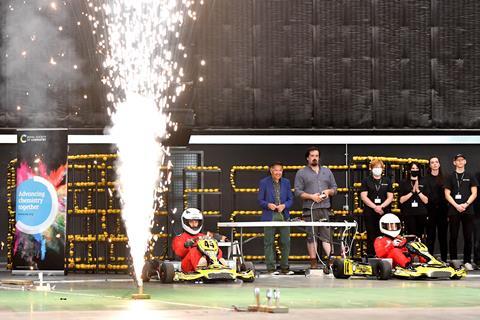 Saiful also emphasises that we need better batteries if we want to reach net-zero carbon status, ‘to power more electric vehicles and to store the energy from renewable sources such as wind and solar’.

‘It’s an exciting time to be a scientist in general and a chemical scientist in particular,’ says Saiful, because scientific research is crucial to understanding how batteries work. The new materials discovered by scientists will give us safer technologies, better able to store more energy and recharge faster. ‘We also have to be able to recycle and reuse these batteries effectively to enable a truly sustainable energy future,’ he adds.

What happened to the used lemons?

Following the record attempt, the lemons were responsibly processed by Refood in Widnes, who generate renewable energy from food waste using the anaerobic digestion method (similar to an industrial-scale compost heap) to produce biogas. After further refinement, the biogas is pumped directly into the National Gas Grid. Any remaining liquid is transformed into bio-fertiliser for local farming and agricultural use.

Want to get involved? Join in with our global experiment in 2022

From March 2022, we’ll be encouraging schoolchildren to investigate battery technology by making their own batteries out of coins and similar materials.

Aimed at young people between the ages of 9 and 14, the challenge will allow students from around the world to carry out their own investigations and upload their findings to a central RSC database. The experiment is intended to help them understand more about the scientific challenges involved in creating a net-zero carbon future – and inspire them to be part of the solution.

Watch this space for more information in early 2022.