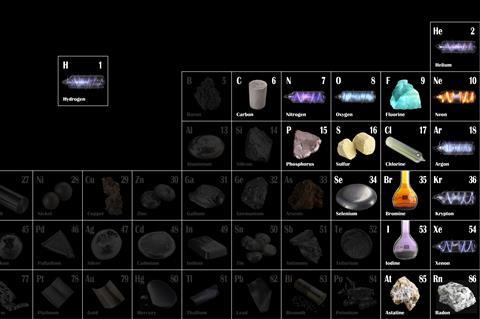 Found mostly in the top-right of the periodic table, the non-metals are a key group of elements that students should know about

What is the most reactive element in the periodic table? Students tend to think of the spectacular explosions associated with reactive metals or the mysterious power of radioactive elements. They are usually surprised to find that fluorine, a non-metallic element, is actually the most reactive. Fluorine is a bit of a Jekyll and Hyde element. In some forms it is helpful, for example, in fluoride toothpaste for strengthening tooth enamel. On the other hand, solutions of hydrogen fluoride can etch glass and attack human flesh. Humphry Davy, for example, was permanently scarred by his attempts to isolate hydrogen fluoride. 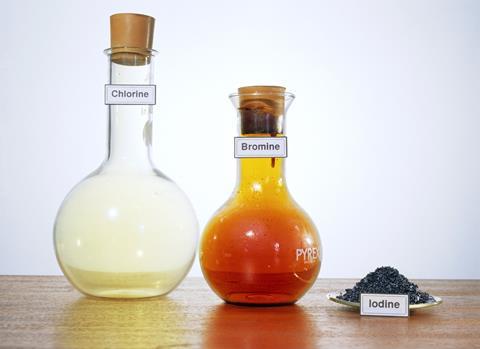 Non-metals may make up the minority of elements in the periodic table but they’re some of the most interesting. Highlighting their occasionally quirky properties, showing where they are used in our everyday lives and sharing tales of their discoveries (such as Priestley’s bell jar experiment and the unfortunate mice used in the discovery of oxygen) can all help engage students in this fascinating topic and give them a firm foundation for later study.

Challenge the misconception that metals and non-metals are completely opposite in their properties with this activity analysing the metal-like properties of non-metal elements: rsc.li/2xRbVL9.

Use an element showcase to demonstrate how varied the physical forms of non-metals are compared to metals. Beforehand prepare samples in sealed jars and present them at the start of the topic together with interesting facts about each element. Students are better able to describe and interpret observations when they have a strong knowledge of the common physical forms of substances. Try to link the narrative about the elements to students’ own experiences, for example graphite used in pencils and the use of chlorine gas in chemical warfare in the first world war.

Gas tests are a key piece of knowledge in this topic. Many non-metal elements are gases and there are a number of non-metal compound gases. The most common tests in 11–14 chemistry are for hydrogen, oxygen and carbon dioxide, with tests for chlorine and ammonia featuring in the 14–16 curriculum.

Testing for oxygen: put a glowing splint into the gas and it will relight

First, you need to decide how the gases will be trapped or collected for testing. This can be as straightforward as carrying out a simple chemical reaction in a test tube and putting a thumb over the opening to trap a small amount of gas for testing. This is also a good opportunity to develop students’ motor skills in practical work by introducing them to more sophisticated methods of collecting gases, including collection over water and the use of a gas syringe. Investing time in these skills in this age range is worthwhile as it will make practical work involving gases more efficient as the students progress.

The gas tests themselves are relatively straightforward and do not take a long time to carry out as a class practical. If you want to develop your students’ problem-solving skills, use an investigation.

The gas tests themselves are relatively straightforward and do not take a long time to carry out as a class practical. If you want to develop your students’ problem-solving skills, use an investigation (eg rsc.li/2UQ8vS9).

*Risk assessments must be carried out prior to attempting these procedures with a class – please consult CLEAPSS or similar.
**A glowing splint is a splint which is lit, allowed to burn and then blown out leaving a glowing ember at the tip.
***Often described as milky/cloudy, but this loose terminology is often not credited at later assessment stages.

If you don’t want students to generate the gases themselves and don’t have compressed gas cylinders in school, samples of some gases can be made in advance and stored in balloons for short periods.

If you don’t want students to generate the gases themselves and don’t have compressed gas cylinders in school, samples of some gases can be made in advance and stored in balloons for short periods (rsc.li/39KvLVO).

Multimedia resources can also add interest for any concepts that aren’t possible to demonstrate in-class. Peter Wothers has produced a series of videos about the chemistry of gases in our atmosphere suitable for both in-class and homework use.

Multimedia resources can also add interest for any concepts that aren’t possible to demonstrate in-class. Peter Wothers has produced a series of videos (rsc.li/2UNgAXG) about the chemistry of gases in our atmosphere suitable for both in-class and homework use. 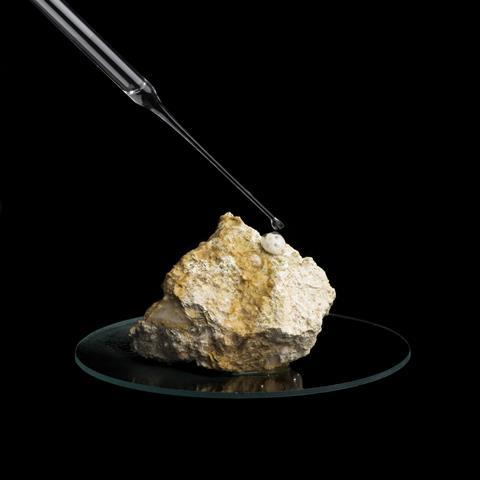 Limestone reacts with a dilute acid to generate CO2

There are relatively few misconceptions associated with this topic. However, it is common for students to take the dividing line in the periodic table as absolute and consider metals and non-metals as completely opposite in their properties. They may also use a single property to classify an element, instead of taking an overview of a range of information. Showing students samples of non-metals which may be mistaken for metals is a useful way of challenging this. A lump of graphite appears shiny, has an extremely high melting point (in fact it sublimes at 3600°C) and will conduct electricity, so on first appearances may be mistaken for a metal. But when it is burned, it forms an acidic gas – carbon dioxide – and it has a relatively low density, properties which identify it as a non-metal. This example can help students see that multiple properties of substances need to be used when classifying the substances.

Later in their studies, students will learn about the bonding models which give non-metal elements and compounds their diverse properties. They will also learn about chemical reactions involving non-metal elements as reactants and products, such as the Haber process for the production of ammonia, as well as gaining an insight into organic chemistry. The knowledge of the physical forms and properties of non-metals gained in 11–14 chemistry provides a firm foundation for this.