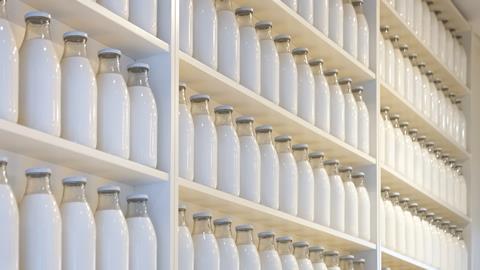 In August 2008, China was host to the Beijing Olympics, one of the biggest sporting events ever staged, attracting billions of global TV viewers. But as the world looked on, one of China’s most famous food safety scandals was already unfolding. Babies were falling ill in Gansu province in the north-west and 50,000 would eventually be hospitalised. By 22 September, four babies had been reported dead and at least two more are thought to have died before the scare was over. The culprit? A chemical called melamine, which was traced to powdered milk used in baby formula. Melamine was used by parts of the Chinese dairy industry to bulk up their milk – its high nitrogen content gives a false impression of protein levels during nutritional testing. Unfortunately, melamine crystals can also form kidney stones that block tiny tubes in the kidneys, leading to kidney failure. 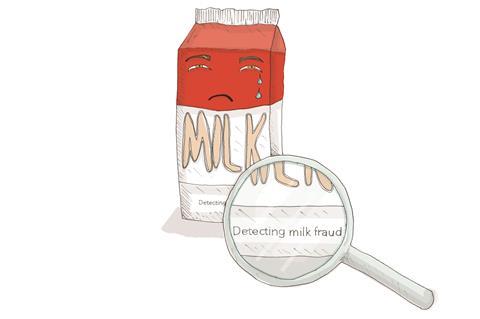 In 2008, potentially tainted milk was discovered in some of the food industry’s best known brands

More babies fell ill and more companies became embroiled in the scandal as it developed. Potentially tainted milk was soon discovered in some of the food industry’s best known brands. Chocolate producers Cadbury and Mars pulled products from the shelves. During all of this, chemists in food analysis labs everywhere were receiving calls from concerned food manufacturers. They had to work hard to identify those products that contained the toxic chemical. The trouble was melamine was not one of the chemicals that labs usually tested for and, initially, they didn’t know how to identify it. Campden BRI was one of the UK companies facing this problem. ‘With an issue such as melamine, there is no standard method that works on food, drinks or ingredients,’ says a spokesperson for the company. Analysts at the company had to work fast to develop a reliable testing method, a process that took them around a week. That sounds fast, but every second counts in a food safety crisis.

Key to their new analytical method – and those of other food analysis companies, such as Premier Analytical Services (PAS) – was chromatography. Chromatography works by exploiting the different solubilities of different chemical substances. During the melamine scandal, both Campden BRI and PAS used chromatography as a separation method to pull melamine out of the mix of ingredients in their clients’ products. This is never a straightforward process, since most processed foods contain many different ingredients, including chemicals that may be very similar to the contaminant the food analyst is searching for. ‘When looking for a specific contaminant, this often has to be separated from the bulk of the food matrix, and then from other compounds with a similar chemical nature by chromatography,’ says Campden BRI.

Download the text of this article, all the teaching ideas as a single file, or all the downloads in one zip file from rsc.li/2kyVs4x.

Chromatography is one of the most accessible and engaging topics in chemistry; pupils often leave primary school having done some chromatography experiments. Because of this, they may feel they have already covered the whole topic, but they often don’t understand chromatography well. Additionally, some pupils think techniques studied in school science must be old-fashioned and not much use in modern science. This short article is perfect for sharing with students, showing them that chromatography is still at the cutting edge of analytical science.

Liquid chromatography is a good choice for separating out the individual chemicals when looking for non-volatile compounds like melamine that don’t vaporise very easily. However, gas chromatography can also be used if melamine is first chemically converted into more volatile derivates. Gaseous methods have the advantage of allowing ‘odour port assessment’ – analysis by expert ‘sniffers’, who are experienced in identifying taints by their smell. Food analysts also have access to mass spectrometers, which they use to carry out the definitive final analysis of components from a separation. Each compound generates a specific spike on a mass spectrum, indicating its molecular mass.

As a result of the rigorous tests carried out, food testing companies were able to provide their clients with a definite answer as to whether their products had been tainted with melamine. In the majority of cases, Campden BRI says, it was able to reassure clients their supply chains had not been affected. In the remaining cases, products could be traced and recalled.

Is the label lying?

Download worksheets for 11–14 or for 14–16 year-old students from the Education in Chemistry website that use the food fraud concept to frame questions about chromatography’s underlying concepts: rsc.li/2kyVs4x. You will also find a teacher guide with answers.

The tests developed by chemists a decade ago have proved useful more recently too, for testing nutritional supplements used by weightlifters and other athletes. Melamine can also be used to falsely bulk up the protein content of some of these supplements. In 2015, South African scientists tested 138 nutritional supplements for melamine using liquid chromatography and mass spectrometry. They found that 64 contained melamine. Although the contaminant was present at what are considered safe levels by the World Health Organization, athletes who use higher than the recommended dosage of supplements may be risking their health. So the scientists recommended food safety authorities continue to test for melamine and track levels in these products.

In China, consumer confidence in the dairy industry remained devastated for a long time following the 2008 crisis, but the melamine scandal did influence the country’s revised food policy and new food safety law, which came into effect the following year.

• OCR 21st century chemistry B: C5.1 How are chemicals separated and tested for purity?

You can use a number of resources on Learn Chemistry to add variety to chromatography lessons.

If you need support developing your knowledge in analytical chemistry, this online CPD course takes you through the core content you need to teach, common student misconceptions, experimental techniques and interesting stimuli for classroom discussion: rsc.li/2KQ1Jon [£].

If you need support developing your knowledge in analytical chemistry, this online professional development course [£] takes you through the core content you need to teach, common student misconceptions, experimental techniques and interesting stimuli for classroom discussion.

Article by Hayley Bennett, a science writer based in Bristol, UK. Teaching resources by Kristy Turner, a school teacher fellow at the University of Manchester and Bolton School, UK