Why is empirical adequacy important in science education? 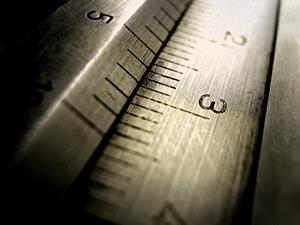 I think of this as the 'good enough' criterion for scientific knowledge, and I think every teacher could usefully commit it to memory.

I won’t prescribe its use in the classroom, but I think that the notion of 'empirical adequacy' is particularly relevant to chemistry and valuable in education.

Someone once told me that teaching chemistry is the act of telling a series of lies of increasing complexity. With each new level the student is cheerfully told to forget everything they thought they knew. This isn't unique to chemistry – many educators have a habit of treating the year from which their students have just emerged as horribly retrograde: 'now you'll learn something'.

This year zero approach disparages prior learning and conceptual scaffolding, without acknowledging its constructive value. It plays into a student's tendencies to view their new knowledge as the most advanced, and that those who went before, no matter how prominent, were misguided or naive. I remember reading about phlogiston theory and wondering just what was he thinking.

It would have helped me to understand historical models as useful developments in thinking, rather than old ideas to be tossed away. Mary Whitehouse describes such an historical approach, and its value, in an article on science and models in a recent OCR Science Spotlight:

... at Key Stage 3, Dalton's model of an atom is sufficient to explain a simple particle model of matter. The model needs to become more sophisticated as students progress, and we should make it clear that the reason we're moving from a solid sphere atom to a nuclear atom model is that a more detailed model is needed to explain more complex ideas.

Mary's use of the word ‘sufficient’ is important. Rather than criticise Dalton with perfect hindsight, we can understand his model of the atom in terms of what he was able to observe. His model was empirically adequate for its time, it was good enough. And we move on, building a model of that atom as his successors built theirs, with more advanced data.

In doing this we become more aware of the challenges each scientific era faced and the opportunities improvements in imaging, analysis and so on afforded. Progressively complicated educational models can recapitulate the development of scientific ideas. And for each historical era and improved-upon model to be valid, it has to be understood as empirically adequate in its own right.

If we take this further, we can tackle the sticky subject of Johnstone’s triangle with an empirically adequate approach. Johnstone’s triangle describes the three simultaneous representations or domains of chemistry: macroscopic, sub-microscopic and conceptual. It demands a working mental flexibility of every good chemist, and is one of the reasons the subject is thought of as hard.

David Read tackles this in a concise article, also from a recent edition of Science Spotlight:

Our ability to deal with the discipline is strongly linked to our ability to switch between domains. Teachers can seamlessly transition from one to another, but students may need time, and perhaps also a little guidance to move between different levels. ... teachers can do a lot to smooth the transition between different domains in their teaching, and in so doing can help to break down the barriers to understanding of chemistry.

The triangle can induce a kind of cognitive dissonance as the student struggles to reconcile three views and hold them simultaneously in mind. I think teachers can 'smooth the transition', as David puts it, by treating each domain as an empirically adequate view, according to the job it needs to do.

Jon Ronson's excellent The Men Who Stare at Goats provides an instructive example. In it, a senior US Army officer tries to walk through walls, to prove the future capabilities of a corps of super-soldiers. He fails. General Stubblebine's attempt would have been appropriate to an inflexible, literal view of atomic structure, rather than an empirically adequate one.

Atoms are mostly - with apologies to everyone - empty space. To a neutrino or even an alpha particle this is essentially true. To Stubblebine, it was not. His operating theory of atomic and molecular structure wasn't good enough. In order to see the wall macroscopically and microscopically, and transition between them, we need a picture that is empirically adequate.

The best example of this as a working principle is in how we can accept newtonian mechanics as a theory of the physical world where it is good enough to do so – we plan a glide path, and land safely. And we can accept special and general relativity where they are empirically adequate – we calibrate a GPS satellite, and are not subsequently directed off a cliff. To do the reverse would be pointlessly precise and hopelessly inaccurate, respectively.

By thinking in terms of empirical adequacy a science student is armed against everyday misunderstandings, including the fatuous claim that if one new scientific theory supersedes another, neither can be relied on. This notion is based on a view that scientific theory is directly equivalent with nature, rather than an empirically adequate description of it.

Being blind to the usefulness of imperfect theories is to assume that the current state of the art is always the best it could be. To 'see' bonds being made and broken using the latest microscopy might be as good as it gets, but we don’t kid ourselves that we have learned the complete truth of the reaction.

So when it comes to a good enough approach to chemical knowledge, we mean not just good enough to pass the exams, or good enough to prevent a teacher from losing weaker students. We mean it is good enough to arm the student with a mature, nuanced, understanding of the chemical world. To be able to understand both the neutrino and the general's nose.

One final caveat. It's a truism to say that good teaching methods badly applied are of no use, but it may be especially true here. It requires a confident teacher to say that the student can apply a model or domain according to the level they need to operate at, or equally to be sure she won't risk misconceptions by teaching the historical developments in atomic theory as valid in their own right. But I am not a teacher (never mind a confident one) – I’ll leave the rest to you.