The Egyptians developed a world view in which events and conditions were attributed to the actions of multiple, related gods and goddesses. Here are some of those stories.

The Nile and the creation myth

Because the Nile was so important Egypt was seen as the image of the skies, where the gods sailed the “waters on high”; and so the Nile has a heavenly as well as an earthly source. Its flood transforms Egypt into a vast sea likened to the primordial ocean, the Nun. Out of black mud came green shoots of life and out of the primeval ocean came the gods and humans.

The Nile is an integral part of a creation myth associated with the myth of Osiris. Death and rebirth is symbolised by the annual cycle of vegetation accompanying the rise and fall of the Nile waters.

Witnessing the natural processes of the Earth influenced beliefs in an afterlife. Egyptians often buried their dead on the West bank of the Nile River due to their belief the underworld was located in the west where the sun died each day.

Relatives of the dead often buried miniature boats in their tombs to transport the soul in the afterlife, imitating the transport of the body over the Nile. Like many other tomb artefacts, these were often marked with symbols of the sun god Re.

Ptah, the god of craftsmen

Ptah was seen as father of the gods and from whom all life came. Ptah conceived all aspects of life in his heart and by speaking they came into being; first the gods, then towns, wood, clay, stone, humans and animals. Ptah was god of craftsmen and creation. He was usually depicted as a bearded mummified man, wearing a close fitting skullcap (Figure 1). Only his hands come out of his shroud, usually shown holding: 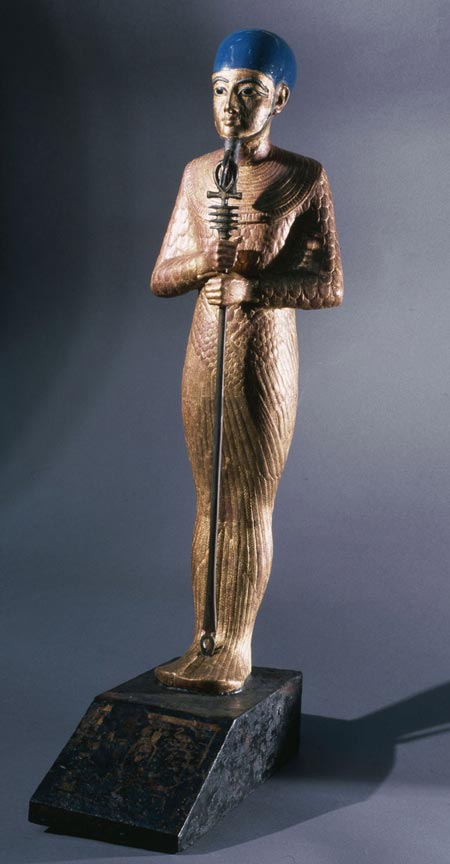 This Ancient Egyptian mythology linked the natural cycle of the Nile to the agriculture of the fertile land and the celestial world of the gods. Its beginnings come out of creation myths, but incorporated the natural variations around them.

The variation in the seasons was called ‘chaos’ by the Ancient Egyptians; envisaged by the release of powerful forces that disrupted the order of their land but gave birth to order. To protect themselves from this chaos they envisaged an earthly ruler who was a living god and protector. This protector was the pharaoh or king, and an earthly manifestation of the god Horus, the falcon ruler of the skies. To understand this concept it is important to understand the myth of Osiris and Seth.

Osiris, the king of Egypt

Re, the sun god, was getting old and decided to leave the land of Egypt. He took up a position in the sky to shine on the Earth and the under-sky and Re asked the god Thoth (the ibis god and god of scribes) to represent him on Earth and record all deeds. 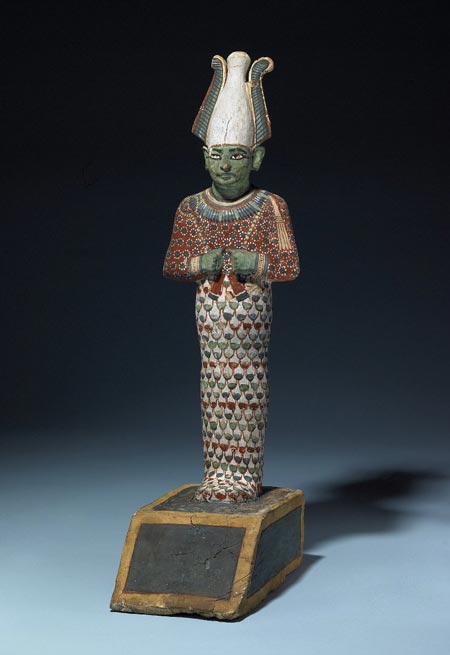 Figure 2: Painted wooden figure of Osiris. © The Trustees of the British Museum.

When Re was lighting the under-sky the Earth was dark and the people afraid, so to light the Earth at night he transformed Thoth into a white baboon to shine with a silvery light, so creating the moon. Re made Osiris the king of Egypt and Isis his queen.

As king Osiris (Figure 2) was wise and good and showed the people of Egypt how to grow and nurture crops, and make beer, bread and wine. He gave them laws and taught them to worship the gods. Osiris’s brother Seth envied him, and devised a plan to destroy Osiris. Seth designed a box or sarcophagus that matched exactly the shape of Osiris. At a drunken party he challenged anyone to get into the box and that if they fitted exactly they could have the box. Of course only Osiris fitted but while he was still inside the box Seth closed and sealed the box with molten lead and threw it into the Nile where it floated down to the sea. Osiris now becomes the god of the dead in the afterlife or the underworld.

Isis, mad with grief, dressed herself in old clothes and set out to search for the remains of her brother. The sarcophagus had floated down to the Mediterranean Sea and to the Lebanese kingdom of Byblos, where it had become lodged in a tree. The tree grew so strong the king of Byblos cut it down and used it as a pillar in his palace.

In her wanderings, Isis heard about the tree and travelled to Byblos where she became the nurse of the royal baby. Isis discovered the pillar and as a reward she was allowed to remove the pillar and take it home. She hid it in the papyrus marshes where she opened it and found the body of Osiris complete. 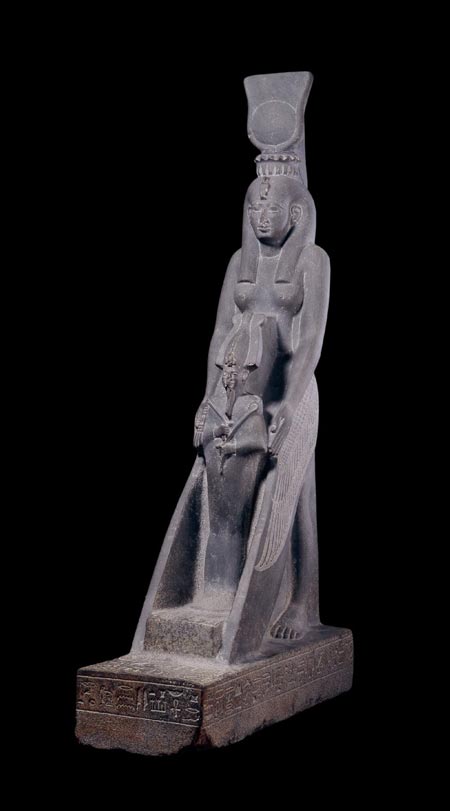 Figure 3: Isis protecting Osiris. © The Trustees of the British Museum.

Seth heard about Isis and her search, so he searched for and discovered the opened coffin. He lifted the body out and cut it into 14 bits, which he scattered across Egypt.

Isis went hunting for every bit and where she found a part she dedicated a temple to Osiris. The head was found at Abydos, so it became the major Osiris cult centre. The depiction of Isis protecting Osiris is shown in Figure 3.

Isis weaved linen and used the lengths to tie and wrap the parts of Osiris’s body together. This was the myth that justified mummification of a dead body and led to the ancient Egyptian fear of dying in the desert or destruction of the body before death. They believed the body should go to the afterlife intact. Osiris inhabits the west where the Sun sets and is shown wrapped in linen bandages like a mummy.

Horus (Figure 4), the son of Osiris and Isis, swore to hunt down and destroy Seth. In the battles that followed between Horus and Seth, Horus has his eyes cut out by Seth. They are replaced by the cow god Hathor and on many tombs and amulets the eye of Horus is known as the Wadjet eye and is the sign of perfection and protector.

Eventually Horus defeated Seth. But Seth had taken the throne as king of Egypt, so Horus and Isis brought him to court, before the gods under Re, to decide who should legally be king. To attempt to settle the quarrel the court turned to Neith, the god of war, who decreed Horus was the rightful king of Egypt and that Seth was to be released from chains, rewarded with treasure, the goddesses Anat and Asrte and to become the god of storms and chaos. Horus came to be the pharaoh of Egypt and protector of the people and from that time on the pharaoh was the manifestation of Horus. The court of law was established as the arbitrator of disputes and that punishments should fit the crimes.

So, we have Horus the falcon god and the living god Pharaoh pitting their wits against chaos represented by the god Seth, a mythical animal with a long curved snout. 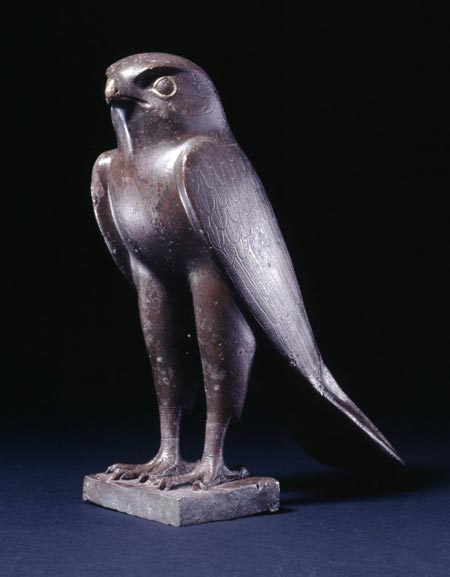 Figure 4: Horus the falcon god. © The Trustees of the British Museum

This balance between chaos and order is represented by the goddess Ma’at who has the ostrich feather of truth on her head. In temples the pharaoh is often shown holding up the goddess Ma’at to show he upholds the principles of order and truth.

The pharaoh and priests became the only people to have access to the sun god Re, so in cult temples like Karnak and Abydos, Re was combined with other gods and manifested in many different forms to represent the Sun at different times of the day.