Part of the art conservation process is the examination and investigation of the artefact to determine its structure, make-up or stability. This resource investigates the two main types of radiography used: x-ray and gamma.

Part of the art conservation process is the examination and investigation of the artefact to determine its structure, make-up or stability. There are many occasions when it is desirable and necessary to look inside an art object such as a statue or pottery, etc. However, if that object is solid, delicate or impossible to take apart without disrupting the mechanism, then art conservers must resort to the use of an imaging technique that involves the use of electromagnetic radiation of a high energy level.

These are known as radiography techniques. This can involve the use of some form of radiation to visualise the internal structure of a sculpture, pot or in painting the use of radiation to examine the painting to provide information about materials and techniques used by the artist. In the world of Egyptian art there are many examples of the use of physical methods of examination. One was in the conservation of the Statue of Menkaura in the Boston Museum of Fine Arts, USA and the use of gamma radiography to determine how stable the statue was. Another is in the use of ultra violet and infra-red infrared images of the Shroud of Ipu.

Infrared reflectography is often employed in research into paintings to reveal initial sketches under the final images. For the shroud, it was used to make the black text clearer to help with the interpretation of the hieroglyphs and allow the hieroglyphs to be published.

Radiation is a form of energy and there are two kinds of radiation. One is made up of tiny fast moving particles such as electrons or neutrons. These will have both energy and mass. The other is only energy with no mass, for example X-rays, gamma radiation and other forms of electromagnetic radiation.

Electromagnetic radiation (EMR) is a form of radiant energy involving photons. They travel normally in straight lines and are emitted and absorbed by charged particles. As its name implies it has both an electric and magnetic component.

There is a spectrum of electromagnetic radiation (Figure 1) with an increasing frequency but decreasing wavelength and that spectrum is:

The higher the frequency the shorter the wavelength and the higher the energy carried by each photon. This can be summed up in the following equation:

E is the energy per photon

ν is the frequency carried by the photon

According to this equation, a single gamma ray photon carries far more energy than a single photon of visible light.

When an electromagnetic generator, such as an X-ray generator, emits a stream of photons they are projected towards an object. When they hit the object some of the photons are absorbed. The absorption is dependent upon the density and composition of the object. The remainder of the radiation passes through and hits a detector such as a photographic film or digital detector. The detector provides the observer with a two-dimensional representation of the object’s internal structure. This method of non-destructive testing has been developed to include other radiations like gamma radiography.

X-rays were discovered in 1895 by Wilhelm Conrad Roentgen (1845-1923) a professor at Wurzburg University, Germany. He was working with a cathode-ray tube in his laboratory, when he observed a fluorescent glow of crystals on a table near his tube.

The tube that Roentgen was working with consisted of a glass bulb with positive and negative electrodes inside it. The air in the tube was evacuated, then a high voltage was applied across the electrodes and the tube produced a fluorescent glow.

Roentgen tried shielding the tube with heavy black paper, and discovered a green coloured fluorescent light was generated in a material, located a few feet away from the tube.

He concluded that a new type of ray was being emitted from the tube, capable of passing through the heavy paper covering and exciting the phosphorescent materials in the room. He found the new ray, which he called an X-ray, could pass through most substances casting shadows of the solid objects.

More importantly Roentgen discovered the rays could pass through the tissue of humans, but not bones and metal objects. One of his first subjects was his wife and her hand (Figure 2). 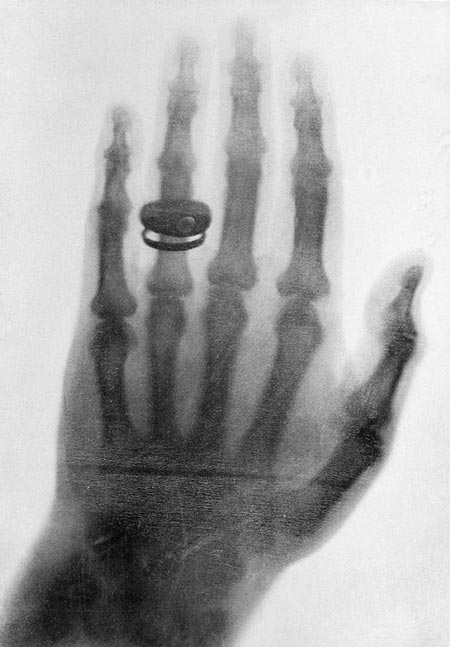 Figure 2: One of the first x-ray photographs made by Professor Konrad Roentgen in 1898.© Bettmann / Corbis.

Gamma radiography was introduced about twenty years ago to provide a means of inspecting castings, welded joints and other engineering, alongside X-ray inspection. It is used where:

When radiation, as powerful as X-rays or gamma rays, strikes a physical object, the radiation waves miss most of the electrons in the object. A wave will only interact if there is a perfect spot-on hit with an electron. This means an X-ray or gamma ray can penetrate quite deeply into the material before it hits an electron perfectly.

If the radiation wave does hit an electron, a powerful collision occurs; so powerful that the electron is ripped free of the atom to which it was attached. The freed negative electron speeds off through the target object. The speeding electron has mass, charge and energy and if it strikes other electrons it will cause them to break free from the atoms to which they were attached. A similar thing can happen when light hits a substance. It excites the electron but it doesn’t usually create freed electrons. It just excites the electron and pushes it into a higher energy shell.

Over the years a number of sources of X-ray photons have been developed. These include X-ray generators, betatrons, linear accelerators and synchrotron sources.

For gamma rays, radioactive isotopes such as iridium-192 (192Ir) and cobalt-60 (60Co) are used and in some cases caesium-137 (137Cs). Both cobalt-60 and caesium-137 have only a few gamma energies, which makes them almost monochromatic. The photon energy of cobalt-60 is higher than that of caesium-137, which allows cobalt sources to be used to examine thicker sections, or very dense materials, compared with those that could be examined with caesium-137. Iridium-192 has lower photon energy than cobalt-60 and its gamma spectrum is composed of many lines of very different energies, which can mean a better contrast in the final photographs.

The specimen to be inspected is placed between the source of radiation and the detecting device and the radiation is allowed to penetrate for a required length of time. Lead is often placed behind the detector to reduce the ‘back scattered’ radiation.

The result is a two-dimensional latent image of varying densities according to the amount of radiation reaching each area. It is known as a radiograph, as distinct from a photograph produced by light. Because the process is cumulative in its response (the exposure image increasing in contrast as it absorbs more radiation), relatively weak radiation can be detected by prolonging the exposure until the detector can record an image that will be visible. The radiograph is examined as a negative, compared with photography where a positive image is printed from the negative. This is because, in printing, some of the detail is always lost and no useful purpose is served.