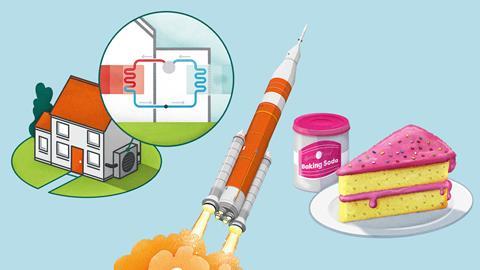 Share this infographic with your students, download the poster for your classroom and get students working with thermochemistry, intermolecular forces and free energy

Chemical thermodynamics describes the change in enthalpy (∆H) and entropy (∆S) during a chemical reaction or change of state. The process will only be possible if the enthalpy and entropy changes combine to give a negative value for the change in free energy (∆G), where ∆G = ∆H – T∆S.

Entropy increases during processes that involve a disordering of the energy, such as the formation of gases.

This infographic is designed to be displayed as a poster in the classroom, although it could also be displayed on a projector or printed out as a handout. Use the accompanying fact sheet and activity to explore Hess’ law, intermolecular forces, entropy change and free energy.

Getting back to the Moon

The NASA Artemis Moon mission aims to send a piloted spacecraft to the moon within the next decade. It will be sent on its way by the 98 m tall SLS rocket being built at Cape Canaveral.

The large enthalpy of the combustion of hydrogen, combined with its very low density, allows the fuel and oxygen mixture to produce 13.4 MJkg-1 – the highest energy per kilogram of any chemical fuel. The energy is released when the very strong O–H bonds in water form, replacing the weaker H–H and O=O bonds in the reaction mixture. 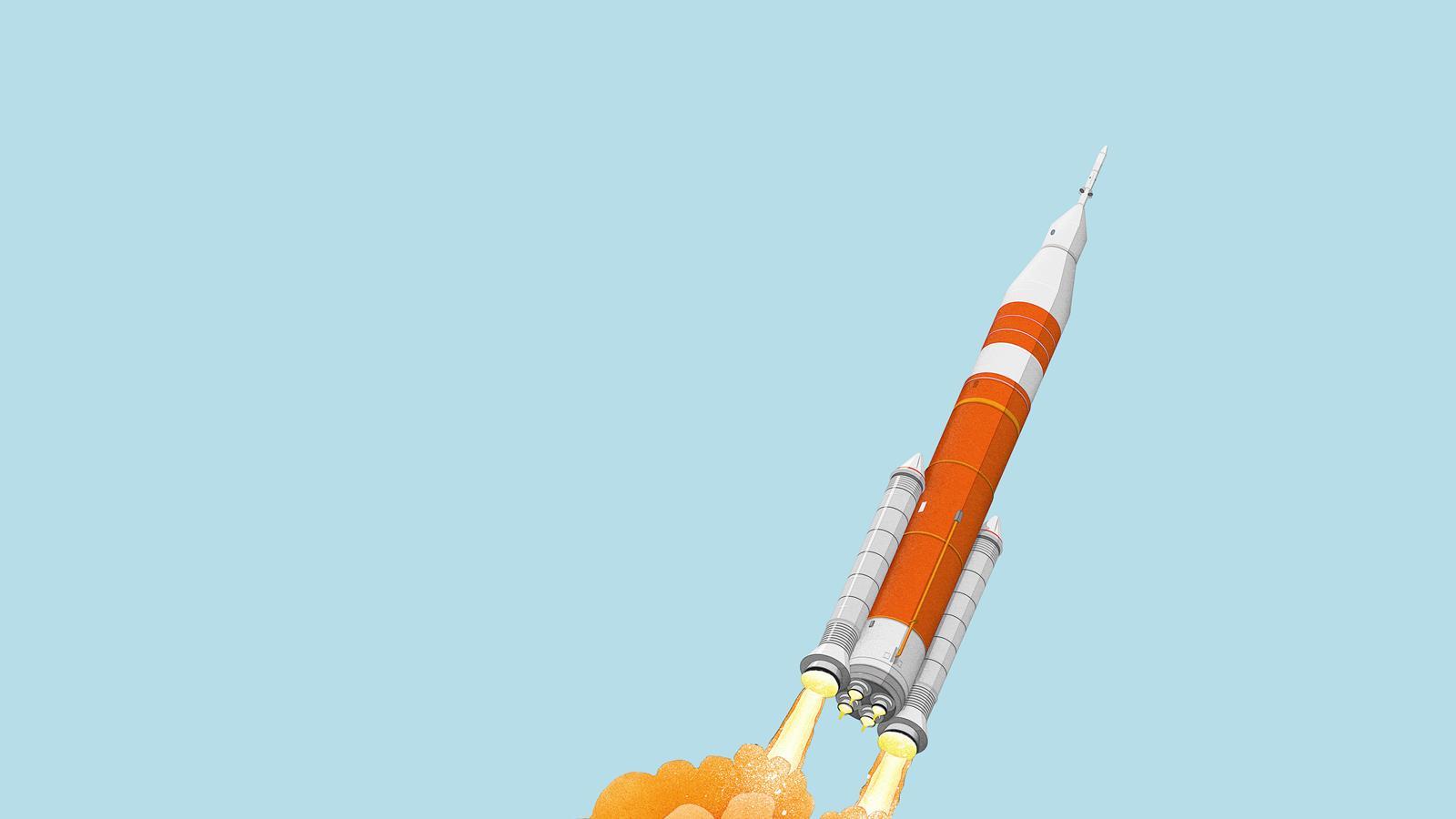 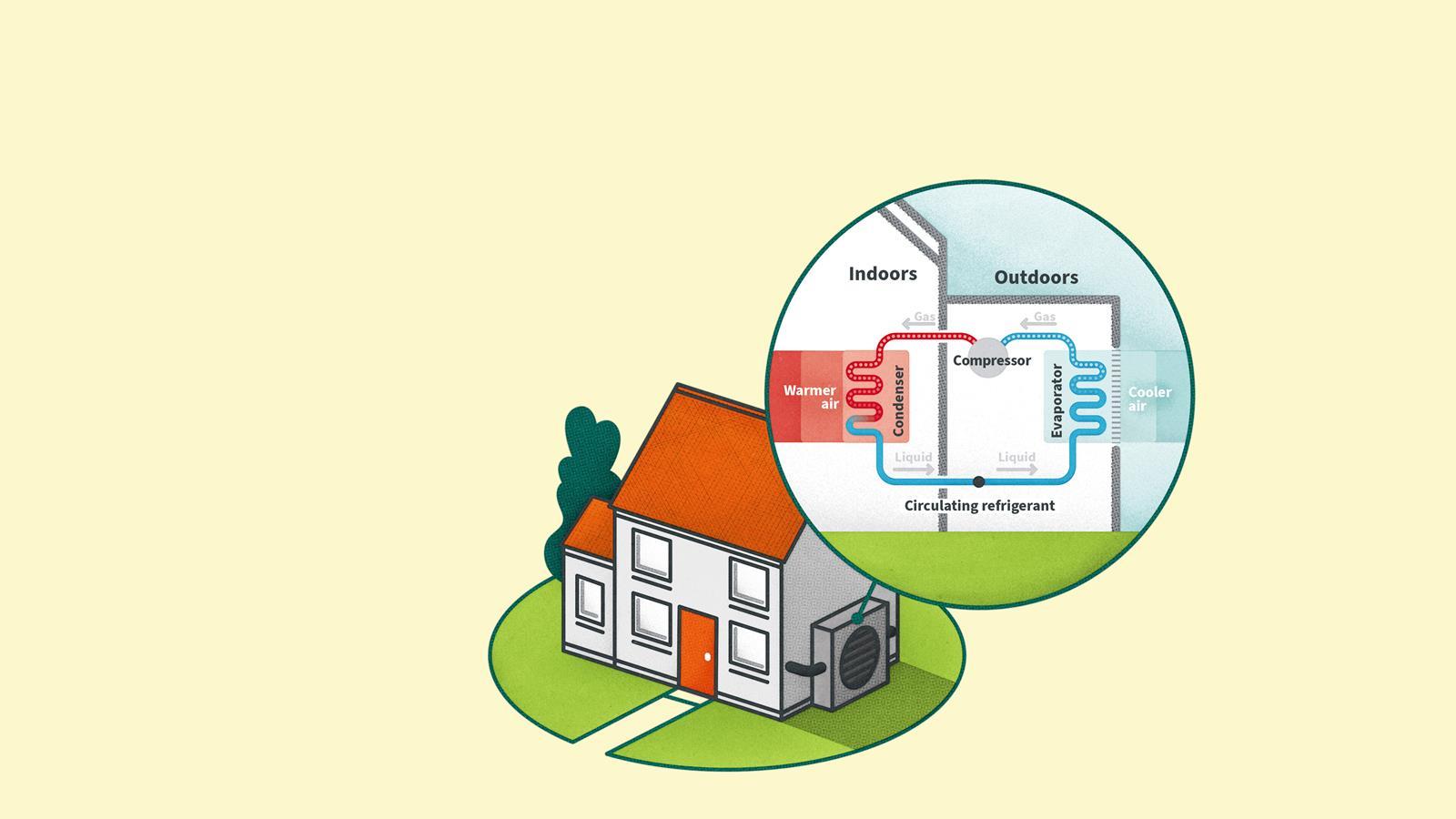 Did you know? The velocity that the rocket can achieve depends on the energy released and on the velocity of the gas particles emitted. Reactions producing small, fast-moving molecules will create a more efficient fuel.

Did you know? Bicarbonate of soda relies on the presence of naturally occurring acids in the baking mixture. In recipes where these are not present in sufficient quantities, then baking powder, which also includes an acid, is used instead.

Did you know? Refrigerants such as difluoromethane have a global warming potential many times that of carbon dioxide, so it is important to ensure they never leak out.

Baking often requires a raising agent to create bubbles in the mixture that will make it less dense when cooked. The most common raising agent is sodium hydrogen carbonate (sodium bicarbonate), which reacts with other dissolved acidic substances in the recipe. This produces carbon dioxide, giving a light airy texture.

This reaction is endothermic because the bonds are stronger in the reactants than in the products, but it occurs because of the large increase in entropy that results from the formation of a gas. Therefore, the free energy change at room temperature (298 K) is negative overall: ∆G = +28 – (298 x 0.241) = –44 kJmol-1. At higher cooking temperatures, the free energy change becomes even more negative, helping to ensure that any remaining sodium hydrogen carbonate is fully reacted.

Warm homes for the future

One of the biggest challenges to reducing greenhouse gas emissions to zero by 2050 is replacing the gas and oil boilers that heat more than 90% of our homes. Heat pumps are currently one of the most promising carbon-neutral alternatives.

In a heat pump, a liquid (the refrigerant) is continually pumped between two coils – one at low pressure outside the house where it is cooler, and one at high pressure inside where it is warmer. An example of a refrigerant is difluoromethane.

Le Chatelier’s Principle predicts that evaporation will be favoured by decreasing the pressure, as this direction increases the moles of gas.

Therefore, energy from the cooler air outside can be used to warm a house. If renewable energy is used to power the pump, then no greenhouse gases are emitted during the process.