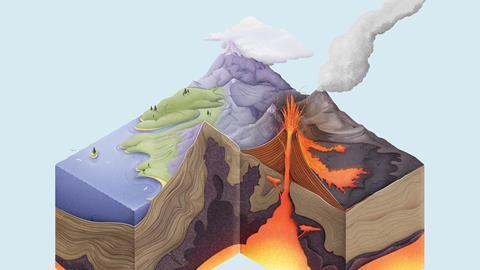 Embed knowledge of the processes with this fact sheet, poster and game

Earth’s rocks don’t stay the same forever. They are always changing from one form to another due to weathering, transportation, pressure and heat. We don’t see these transformations owing to the huge timescales involved, but we make use of the materials they produce in the construction of our schools, houses and roads.

There is no set route around the rock cycle; sedimentary rocks are not all converted into metamorphic rocks before then forming igneous rocks. The transformations that happen depend on the conditions the rocks are exposed to.

Infographic poster, fact sheet and Rock and roll board game. Display the poster in your classroom or on a projector. Alternatively, print it and use it as a handout.

Use the accompanying board game to help students avoid the common misconception that there is only one set path through the rock cycle.

Processes in the rock cycle

Scroll through the processes and rock types. 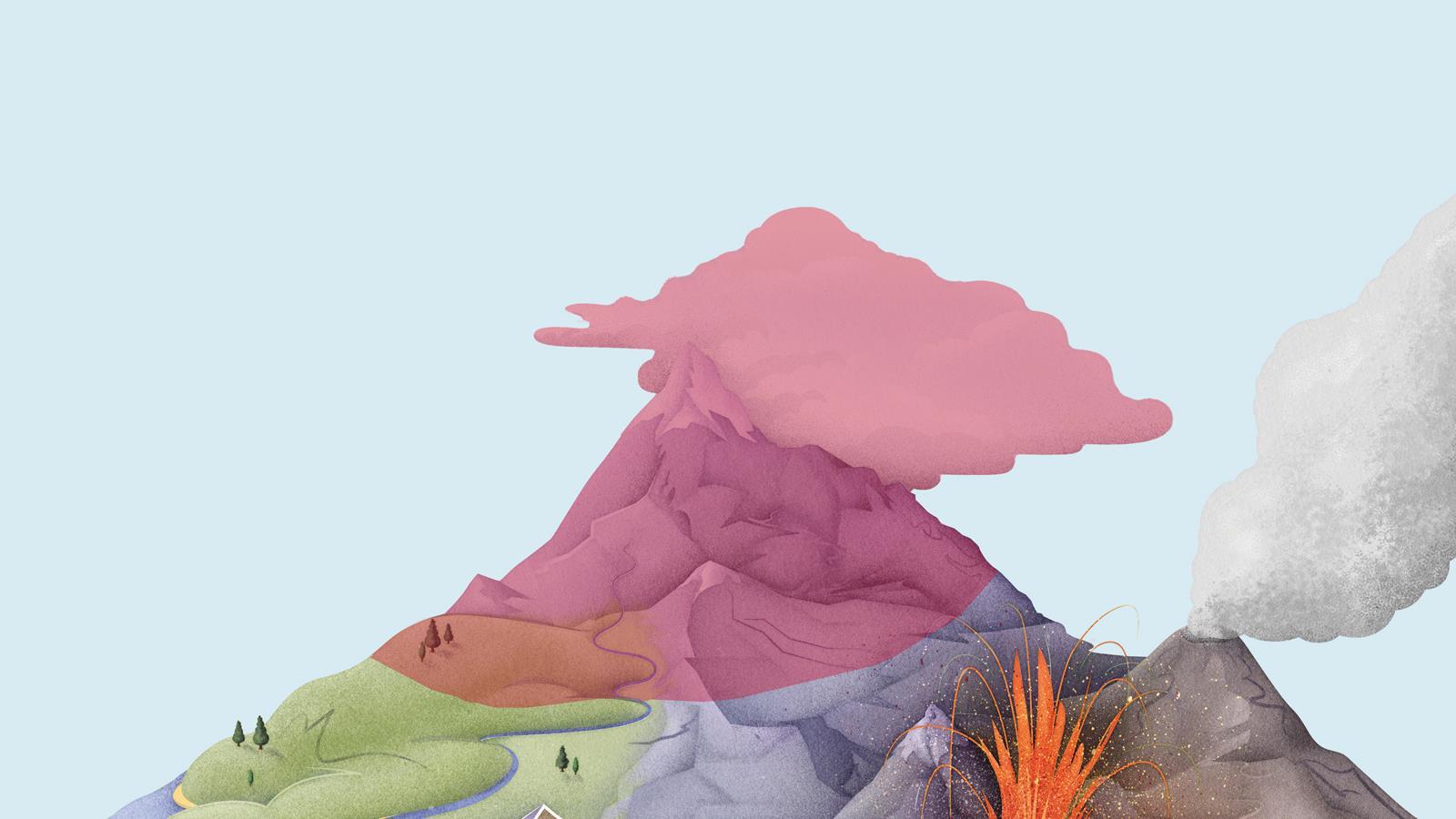 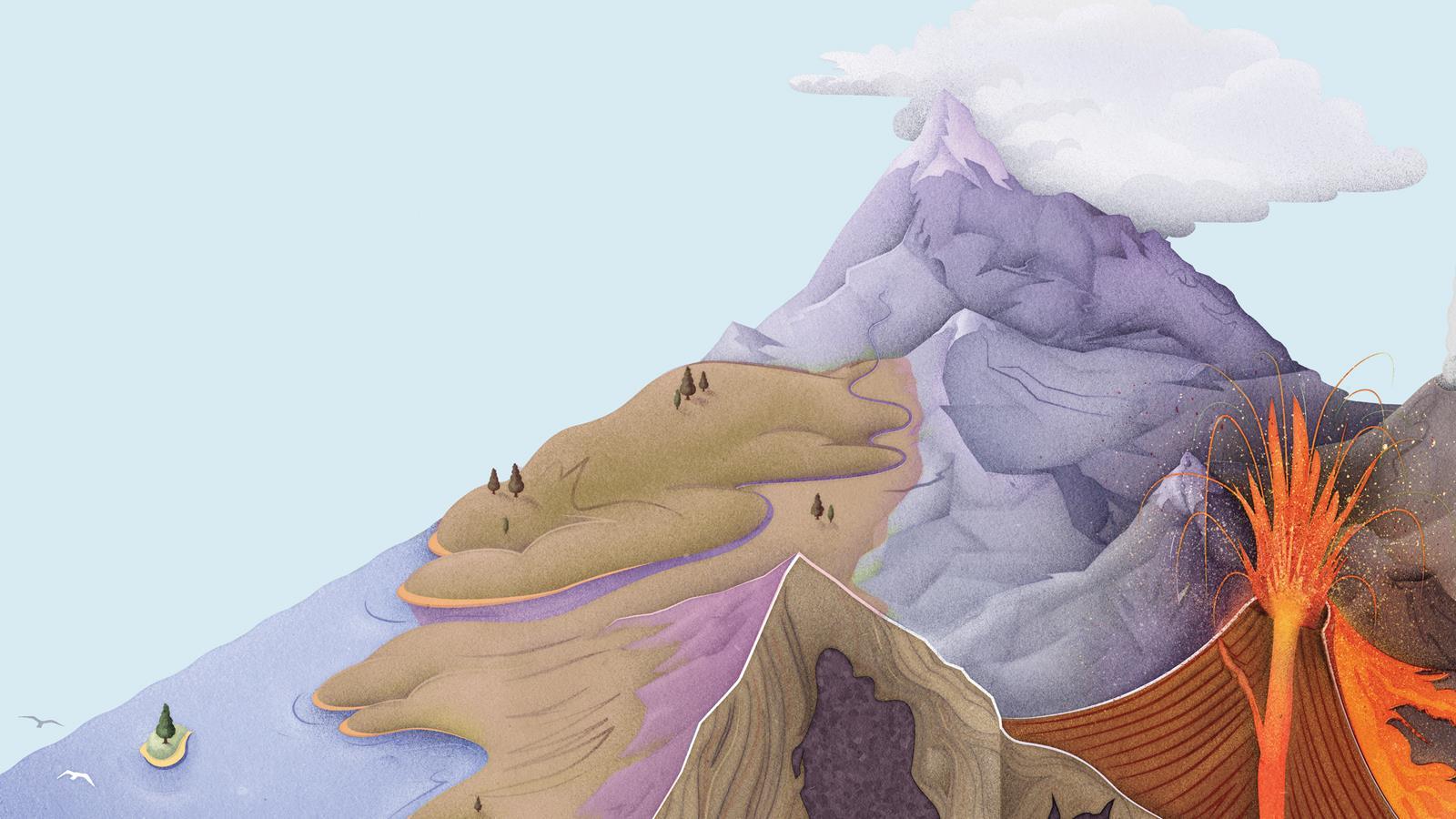 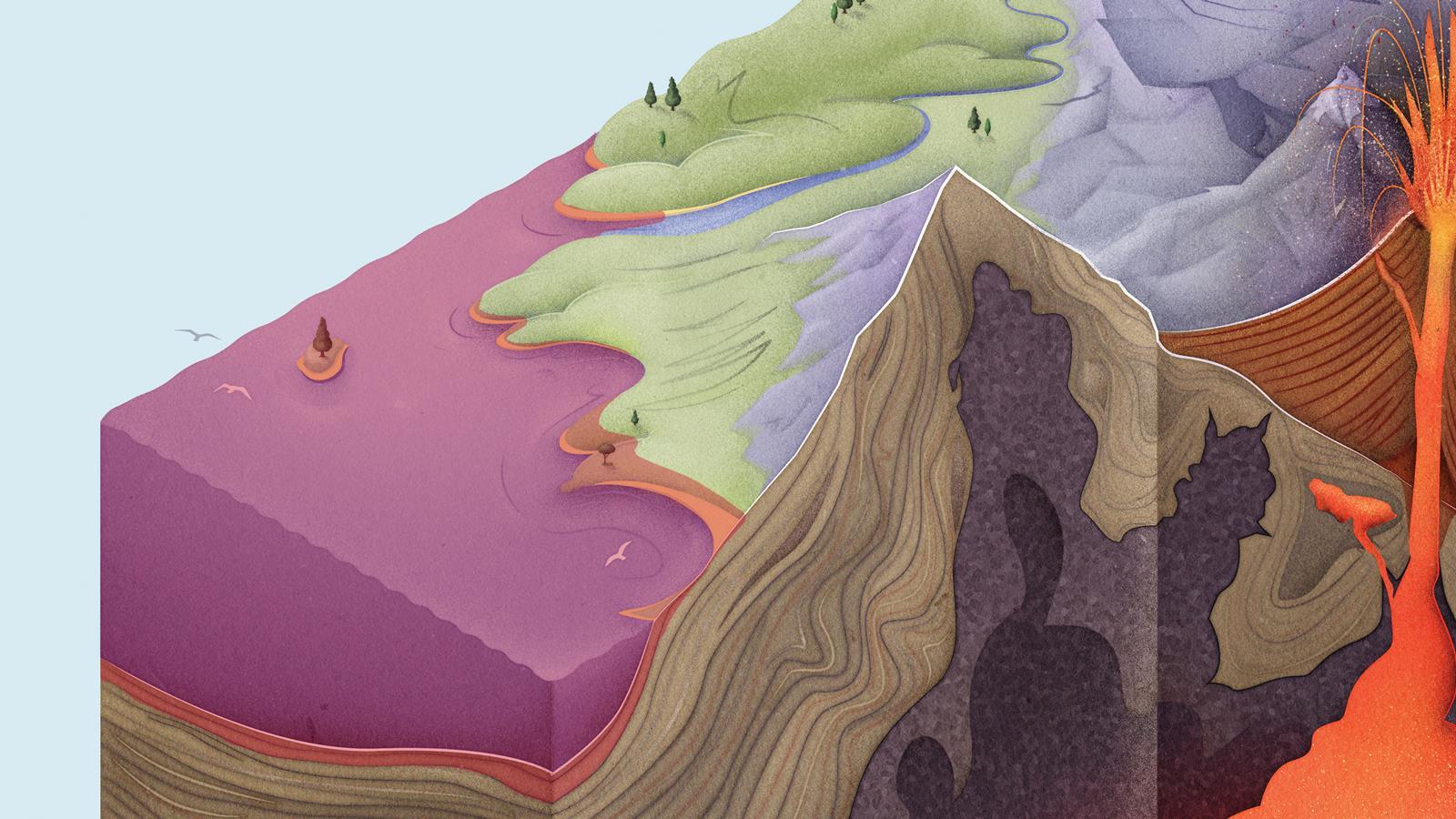 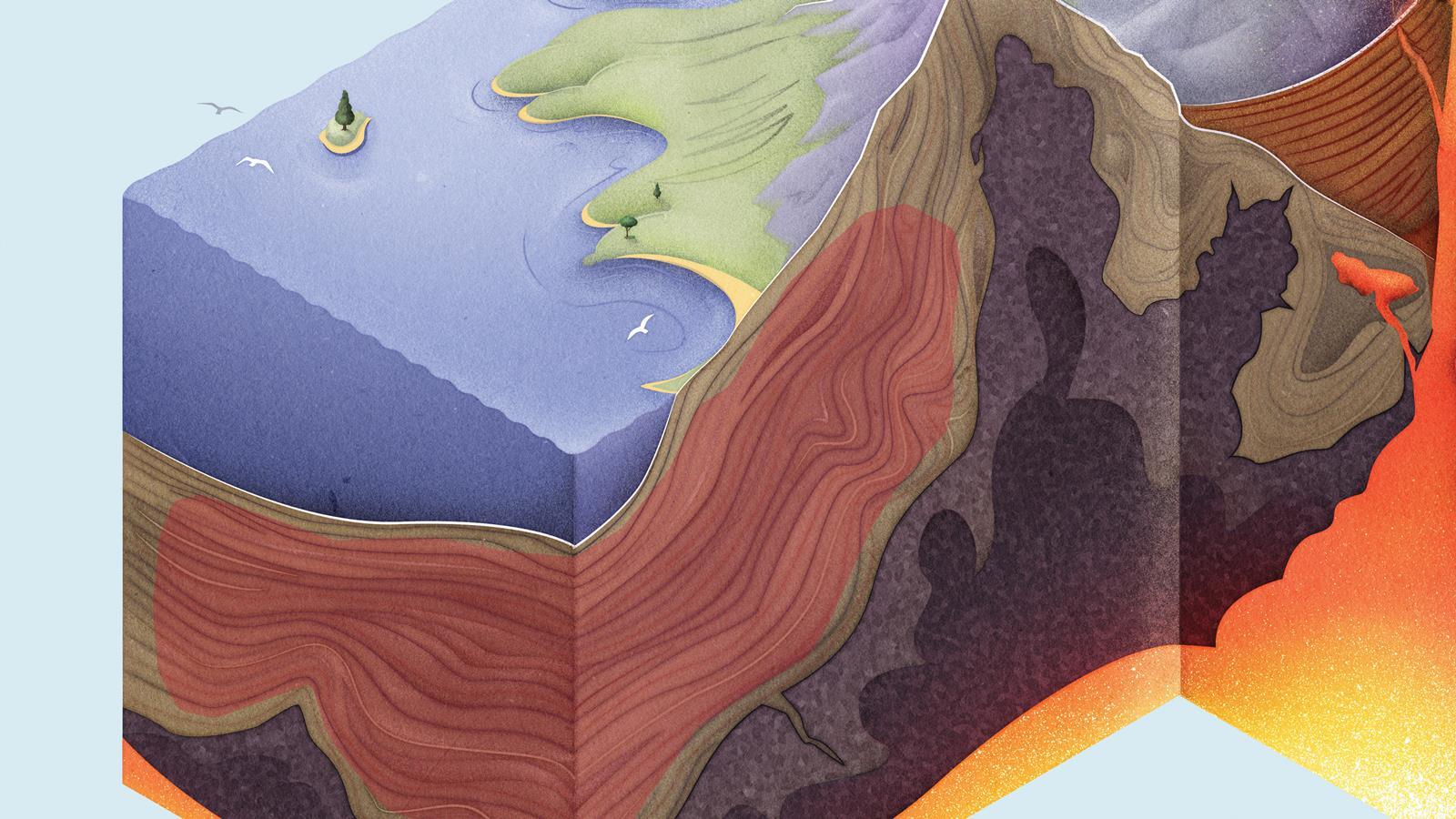 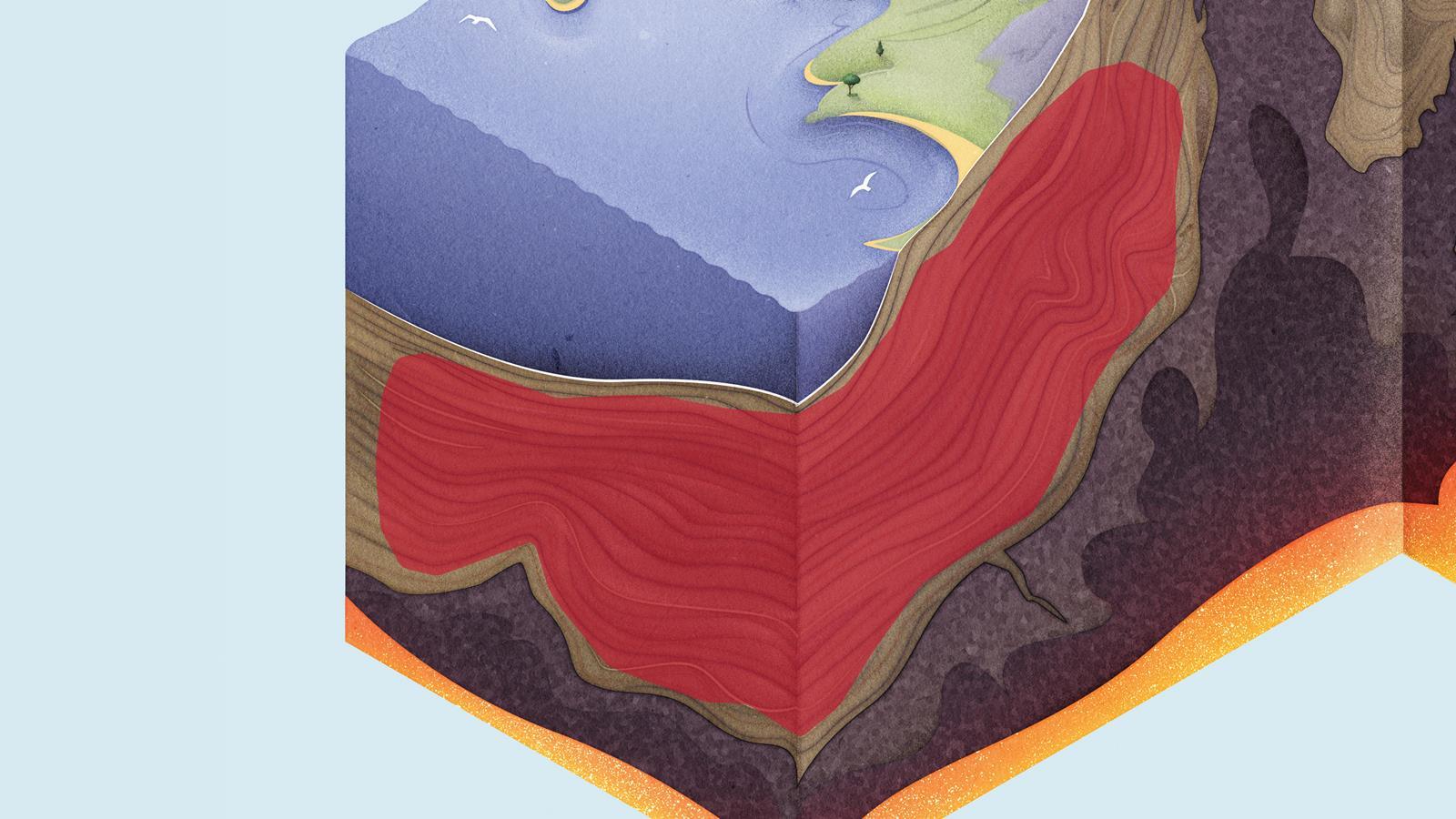 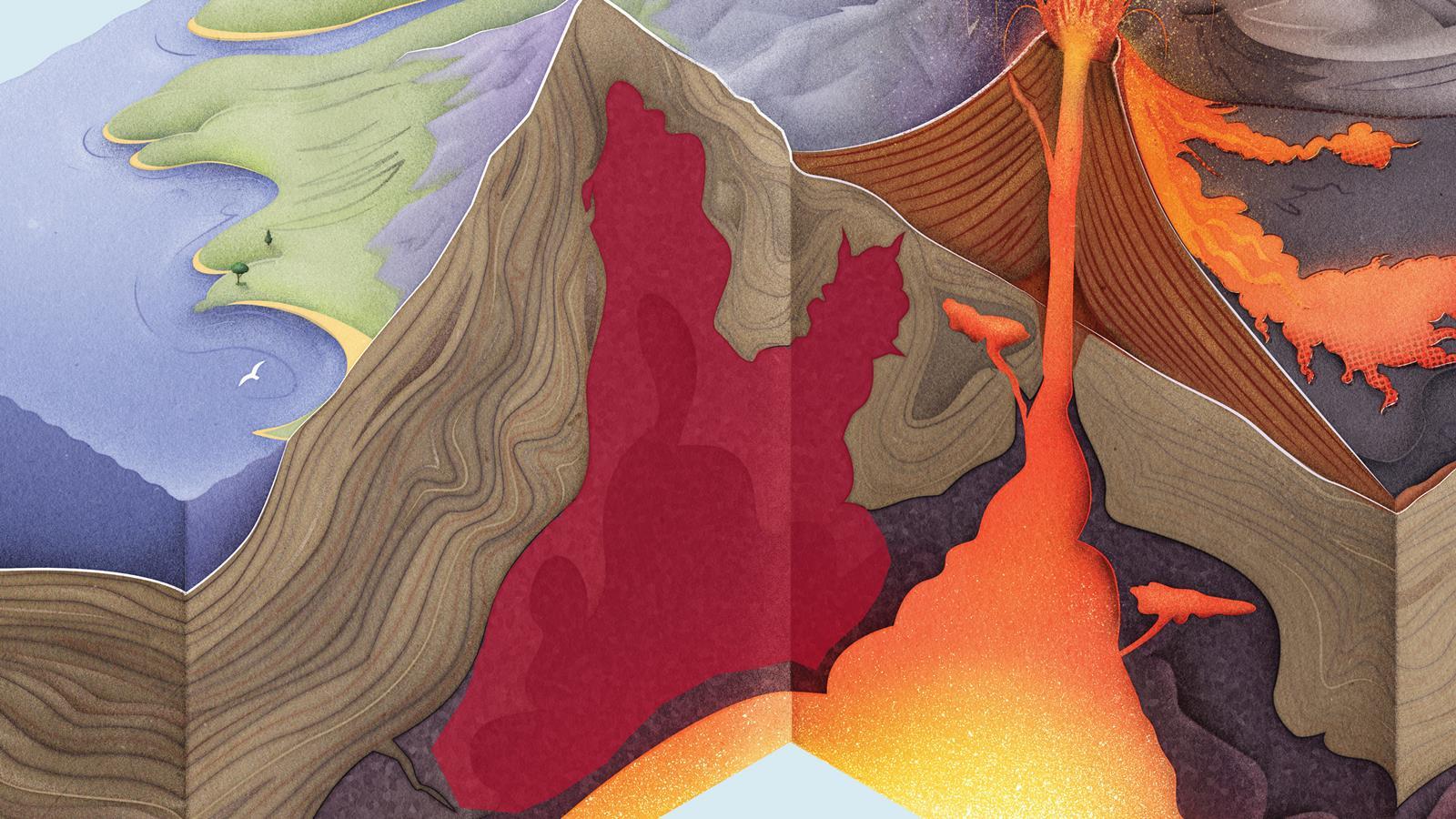 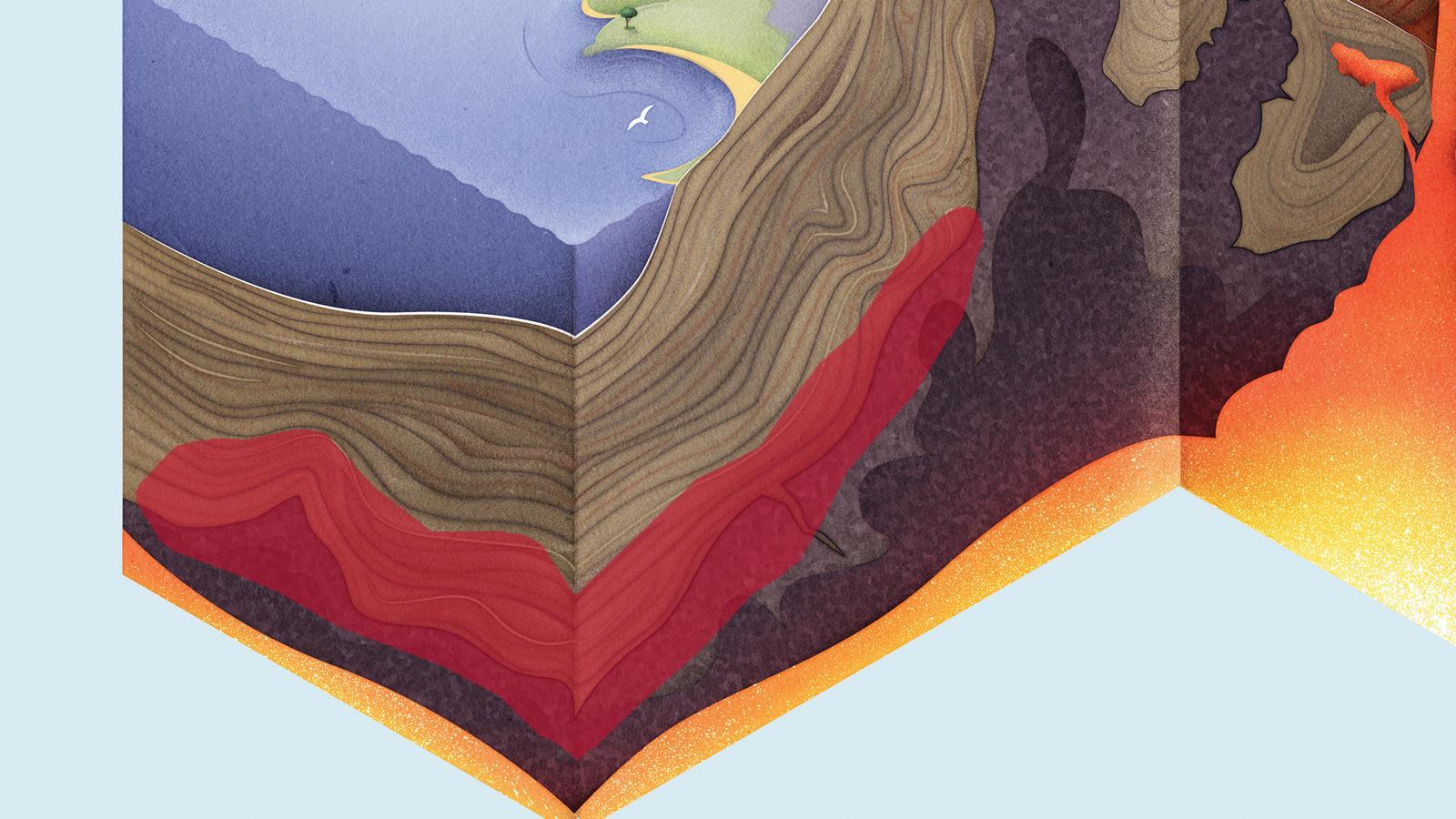 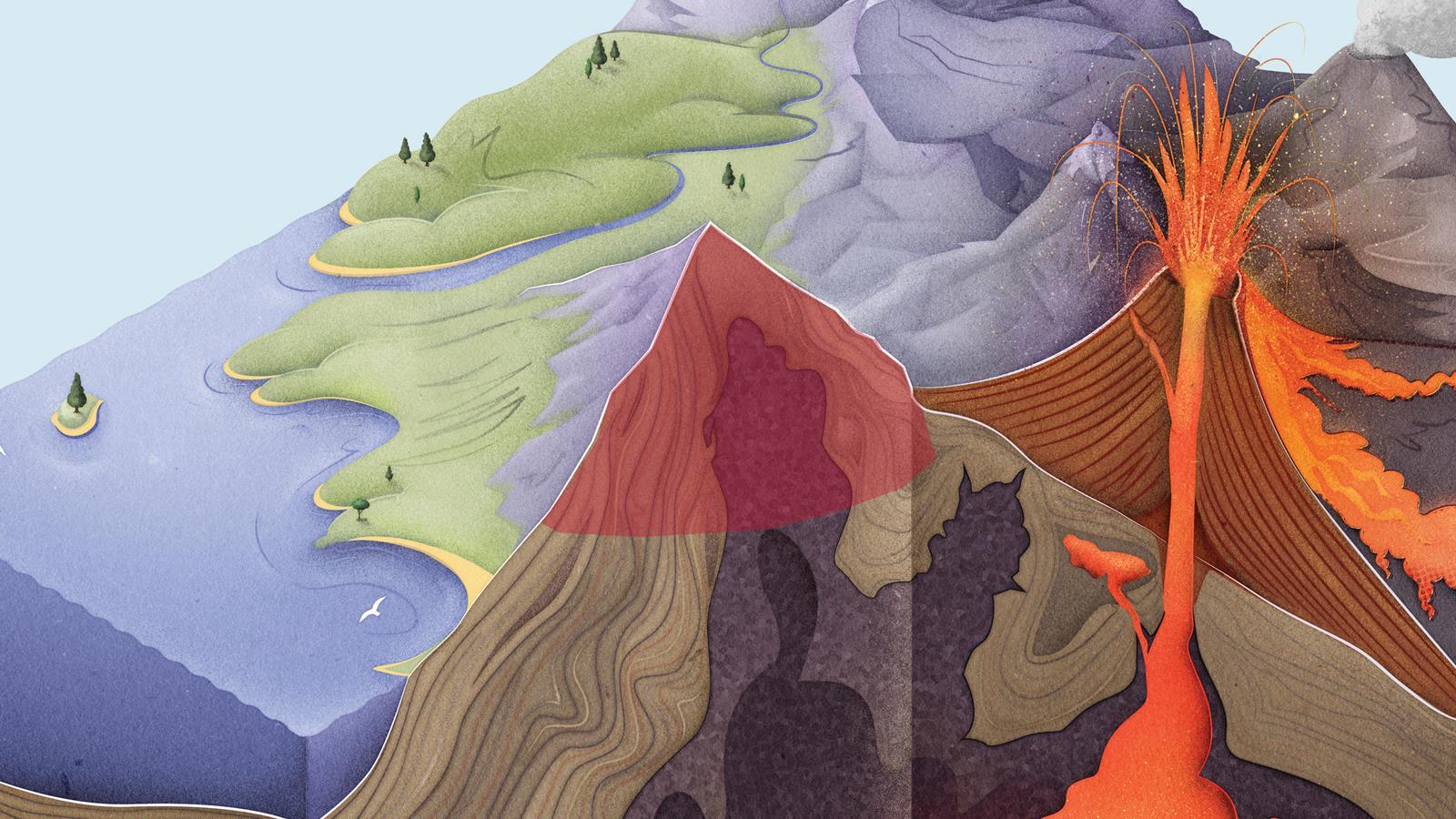 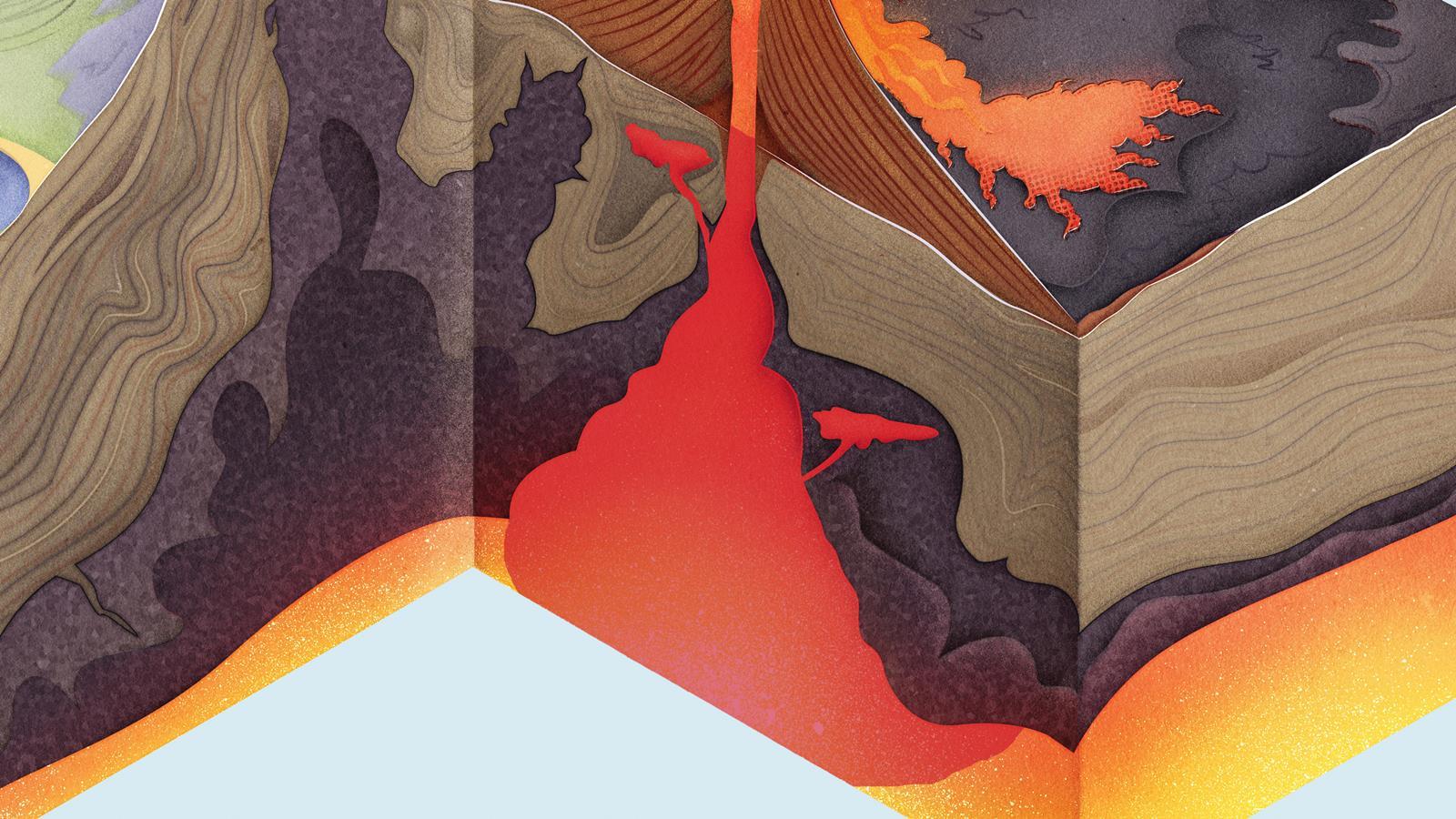 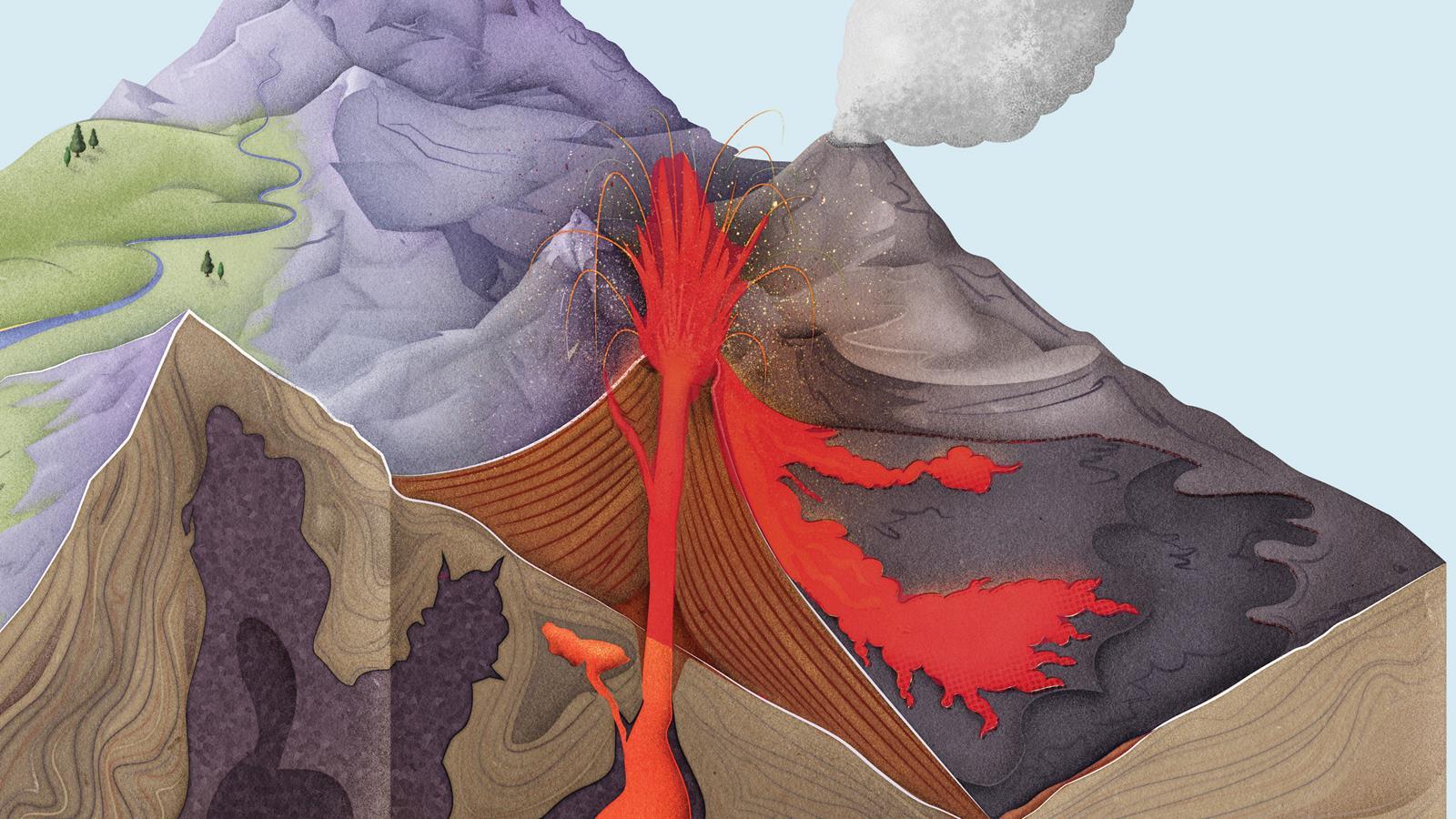 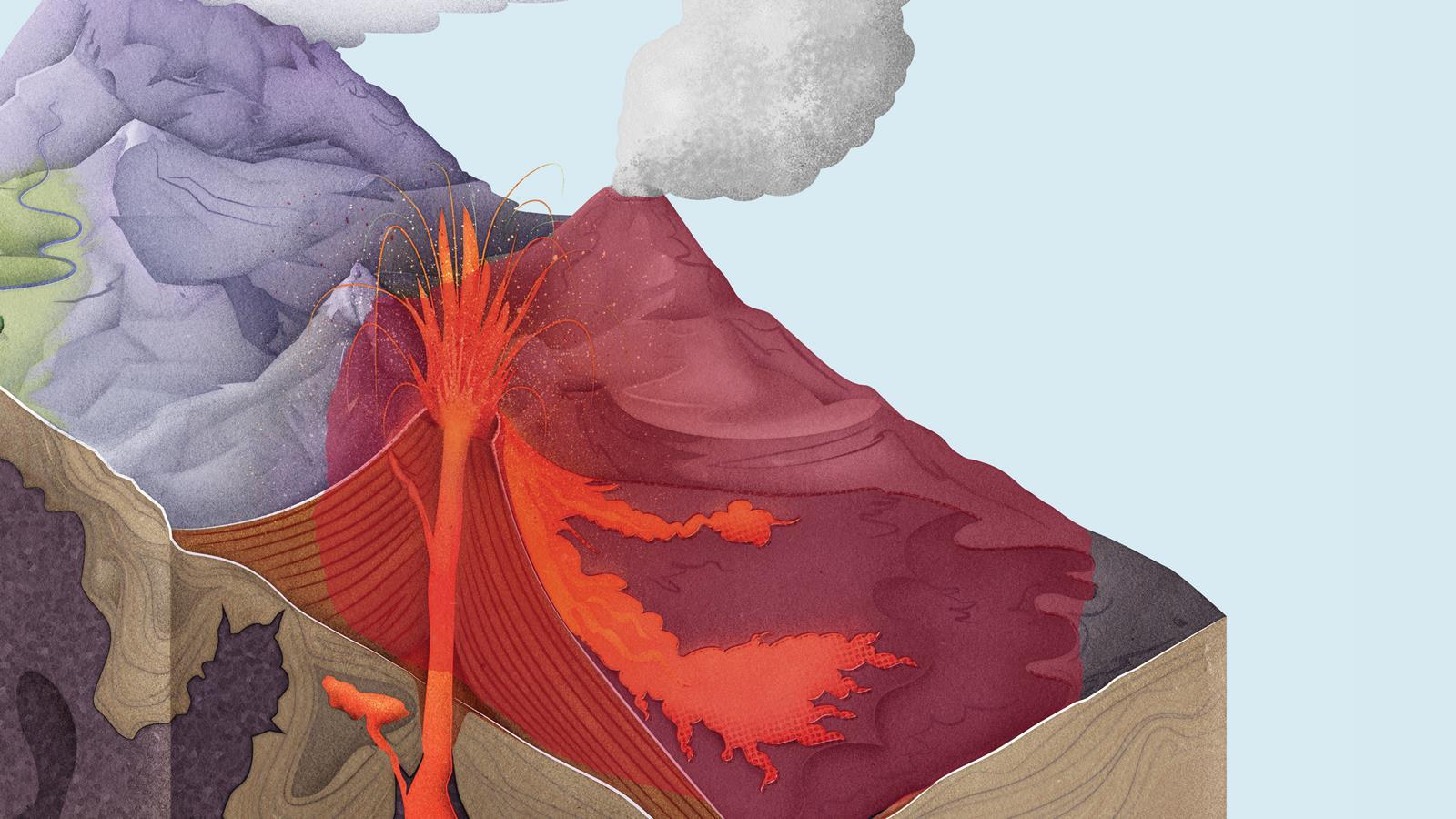 Sediment – small fragments of rocks and minerals, as well as the remains of plants and animals, are carried out to sea and deposited in layers

Compaction and cementation – as layers of sediment build up, water and air in the lower layers is squeezed out. Minerals dissolved; in the water are left behind and act like cement, leading to the formation of sedimentary rocks

Sedimentary rocks – formed by compaction and cementation of sediment, sedimentary rocks may contain fossils of animals and plants trapped in the sediments as the rock was formed

Lava – when magma flows or erupts onto the Earth's surface it is called lava. Under lava flows, rocks are exposed to less extreme temperatures and pressures but still enough to change their structure

Geologists measure the hardness of rock using the Mohs scale, introduced in 1822 by Friedrich Mohs. It is based simply on one mineral’s ability to scratch another.

The Giant’s Causeway in Northern Ireland wasn’t really built by a giant but, in fact, was formed 50–60 million years ago from columns of basalt, an extrusive igneous rock. Although the mainly hexagonal shape of the columns is thought to be linked to the cooling and shrinking of successive lava flows on reaching the sea, scientists are still working on theories to fully explain the unusual structure.

Igneous comes from the word ignis which means fire in Latin.

Then you need the poster, fact sheet and structure strips for the water cycle.

Slate is a metamorphic rock usually formed from mudstone. When exposed to heat and pressure the microscopic crystals of the minerals in the mudstone form parallel layers perpendicular to the compaction force. This makes it easy to split into thin sheets and perfect for roof tiles.

Glass is made from liquid sand. Most beach sand is grains of silicon dioxide (or quartz). When melted then cooled it is transformed into glass.

Catherine SmithCatherine is head of science at the Hinckley School, an 11–18 academy in Leicestershire.