Link UN sustainable development goal 14 to your teaching of dissolved ions, acids and the pH scale 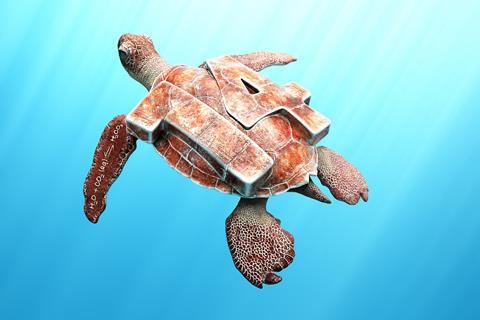 This article is part of the Sustainability in chemistry series, developed to help you integrate the UN’s sustainable development goals into your teaching of chemistry. It supports Goal 14: conserve and sustainably use the oceans, seas and marine resources.

The oceans play a vital role in atmospheric chemistry by ‘mopping up’ some of the excess carbon dioxide we produce. They cover 70% of the Earth’s surface and have absorbed about a third of the carbon dioxide emitted since the industrial revolution. This links with Goal 14: conserve and sustainably use the oceans, seas and marine resources.

Put it in context

Goal 14 is a good chance to introduce an important context when teaching about the atmosphere and climate change, because people tend to focus on the air around us. They’ll consider emissions from cars and factories and understand the importance of trees in the rainforest, but often ignore interactions between the atmosphere and oceans.

Use this worksheet to explore and develop understanding of the pH scale and apply it in the context of ocean acidification. Extension questions provide more challenge and delve into other aspects of chemistry linked to ocean acidification, leading to a research task on the consequences for marine organisms.

This goal also offers an interesting context when teaching students about dissolved ions and the pH scale. Carbon dioxide reacts with seawater to form carbonic acid, which dissociates. The resulting hydrogen ions can react with carbonate ions that would otherwise be used by marine organisms to build their shells and, if the pH gets too low, the shells themselves can even begin to dissolve.

Fish without shells can also be affected by carbonic acid from seawater. It changes the pH of their blood and they use energy to excrete the excess acid. This makes it more difficult to do other things, such as escaping predators, catching food or reproducing. Certain species might be better at adapting to these changes than others, changing the dominant fish species, which has a knock-on effect on fisheries.

Put it into practice

Carbonic acid is a weak acid, and this might be a suitable prompt to check if your students hold any of the common misconceptions around acids and the pH scale. Do they understand that the strength of an acid relates to the type of acid, not its concentration in solution, for example?

We rely on the oceans to slow down changes in climate by mopping up some of the carbon dioxide we produce, but this process decreases ocean pH. It’s not just the amount of carbon dioxide we produce that is problematic, it’s also the speed at which it’s changing the pH that makes it so harmful. In the past, ocean pH has always been stabilised (or buffered) by other substances in the water (such as dissolved rocks), but this natural buffering is now unable to counteract the changes in acidity induced by human activity.

It’s worth taking some time to consider the terminology here, as we talk about ‘ocean acidification’, but seawater isn’t actually acidic, it’s weakly alkaline (around pH 8). However, as more carbon dioxide dissolves in the oceans, the pH of the seawater decreases, meaning they become less alkaline and more acidic.

Goal 14 also brings opportunities to make cross-curricular links, because the oceans take up carbon dioxide via biological processes, which can be detected by satellites. Phytoplankton in the surface ocean carry out photosynthesis, absorbing atmospheric carbon dioxide. Satellites can map the amount and location of this phytoplankton because of the way chlorophyll, a pigment used in photosynthesis, reflects and absorbs sunlight. Chlorophyll levels are relatively low in the open ocean, but the total uptake of carbon dioxide will be significant overall because the open ocean regions are so vast.

Another concept that can be exemplified using Goal 14 is how pH is measured on a logarithmic scale. This means if a solution goes from pH 3 to 2, it is 10 times more acidic than it was before. We know that ocean pH has dropped from 8.2 to 8.1 since the industrial revolution and is expected to decrease by a further 0.3 to 0.4 pH units by the end of the century.

History suggests that the oceans will eventually restore the pH balance of the oceans naturally, just as it has done in the past. But we need to remember that these processes generally require thousands of years to reach this balance. Action is required quickly, if we are to respond to the changes that are occurring right now.

Check out the rest of the Sustainability in chemistry series.