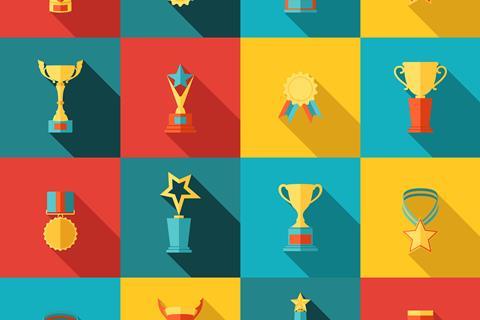 After the biggest overhaul in over 150 years, the RSC’s Education prizes open for nominations

Each year, the Royal Society of Chemistry recognises excellence in the chemical sciences with its portfolio of awards. Today, after the biggest overhaul of its prizes in over 150 years which saw the number of prizes open to educators more than double, the RSC’s Education prizes open for nominations.

Based on feedback from educators, the nomination period for the education prizes has also been moved from the autumn to run from April until June in order to be at a more convenient time. This means winners will now be announced in the autumn.

One of the biggest changes to the portfolio of awards is the introduction of the new Horizon Prizes, which place more emphasis on teams and collaborations for scientific endeavour.

Use the online system to submit your nominations. Nominators and nominees do not need to be members of the RSC.

The new education awards are split into two overall categories: the Excellence in Education Prizes and the Horizon Prizes for Education.

The Excellence in Education Prizes celebrate the inspirational, innovative and dedicated people working in a wide variety of roles at all levels of education. From teachers to technicians, these prizes are aimed at recognising a wide range of skills from curriculum design to effective teaching, personal development and working culture.

The new Horizon Prizes for Education will celebrate ground-breaking innovations and initiatives in education. This could include teaching programmes or techniques, research breakthroughs or innovative technology. Up to three prizes are available.

‘The world of teaching at all levels is increasingly filled with fantastic innovations, for example new apps and teaching methods that have overcome both old and new barriers to education,’ said Samia El-Ali, head of chemistry at Claremont High School and part of the working group that proposed the new awards. ‘That’s why we’re so excited to introduce the new Horizon Prizes, which will champion and celebrate these innovations.’

It comes as part of a major overhaul of the RSC’s established recognition structures to be fairer, more inclusive and representative of modern chemical science. Nominations for the Research & Innovation, Inclusion & Diversity and Volunteer Recognition prizes were open in the autumn, with winners due to be announced in the coming months.

‘I believe the new structure will encourage champions of the diverse chemistry communities to be nominated, recognised and represented,’ said Samia. ‘The new prizes have been designed to recognise the incredible work of technicians as well as teachers, and to highlight the collaborative nature of chemistry education.’