Your place or mine?

We need lithium-ion batteries to power the next generation of electric cars, but how can we mine lithium with minimal impact on the environment? 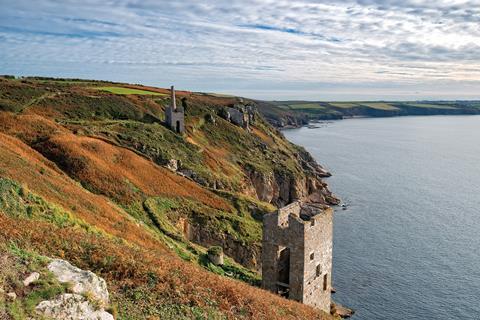 Could Cornwall’s abandoned mines find themselves at the centre of the 21st century debate around lithium, its importance and its environmental impact?

In 1864, several large, stoppered bottles of Cornish spring water arrived at the lab of William Miller, a chemist at King’s College London. They came from the Wheal Clifford copper mine in Redruth, where an especially hot, deep spring had been discovered. After analysing the water, Miller declared it of ‘unusual interest and importance’ – because of its extraordinary mineral properties. According to Miller’s calculations, the mine water contained between eight and ten times more lithium than any spring water yet tested.

The Wheal Clifford mine produced copper ore, but in those days lithium was a relatively new element. It had only been discovered a few decades earlier in petalite and then spodumene rocks. Today, we are better acquainted with it: the many thousands of tonnes extracted each year in countries like Chile and Australia find their way into our mobile phones and tablets, in the form of lithium ion batteries.

Reinforce curriculum-based learning about separating mixtures by discussing lithium salts as an alternative to the more common sodium chloride used in class. Give learners the opportunity to apply what they have learned about evaporating seawater to the unfamiliar context of lithium mining to check understanding and link learning to future careers and technological advancements.

Increasingly, we’re also using these batteries to power low emissions vehicles. A single electric car may contain anywhere between 4 and 63 kilograms of lithium, depending on the model, meaning demand is on the up and the mining industry, once again, is descending on Redruth. ‘We need the lithium because we want to combat climate change and we want to build low carbon technologies,’ says Lucy Crane, a geologist at mining company Cornish Lithium. The company was recently crowdfunded to the tune of four million pounds, partly by residents keen to see the area’s mining heritage reinvigorated, not to mention new jobs. But will these benefits be balanced by costs to the local environment?

While most of the world’s lithium is mined from hard rock (spodumene) or by drying out broad pools of lithium chloride brines pumped from below the surface of salt lakes, Cornish Lithium plans to extract it directly from Cornwall’s hot springs. Combining old mining records with modern digital mapping techniques led them to the Redruth site, where they have established a pilot project. Results from recent tests suggest the lithium is of high grade and, as geothermal sources go, there’s plenty of it. 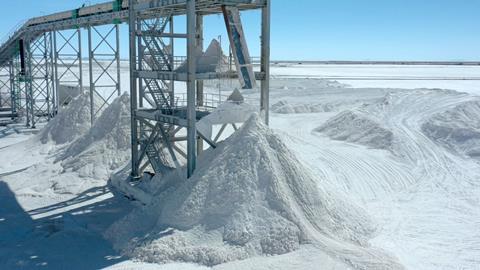 Drying out is an energy-efficient extraction method for lithium, but it’s not realistic in cooler climates

Phil Mercer, a research engineer at the University of Exeter, is helping the company refine its Direct Lithium Extraction (DLE) approach. ‘We’re talking about thousands of cubic metres of water coming up every day and we need to find a way of extracting [lithium] from those very dilute fluids, live,’ he explains. That’s as opposed to leaving it to dry out in a pond for 18 months – or longer, since Cornwall doesn’t have the hot climate of South America. The end result is a lithium salt, such as lithium hydroxide, which can be sold to battery producers or for other applications like carbon dioxide scrubbers in spacecraft and submarines.

Test your students’ understanding of separation techniques; elements, mixtures and compounds; describing trends in the periodic table; and properties of metals with these questions applied in the context of mining lithium for batteries. Use all the questions as preparation for an end of year assessment or incorporate one section into the corresponding particular topic. Download the student sheet as MS Word or pdf and the answer sheet as MS Word or pdf.

Test your students’ understanding of separation techniques; elements, mixtures and compounds; describing trends in the periodic table; and properties of metals with these questions applied in the context of mining lithium for batteries. Use all the questions as preparation for an end of year assessment or incorporate one section into the corresponding particular topic.

Dowload the student sheet and answer sheet from the Education in Chemistry website: rsc.li/2Hd6taA

According to Lucy, the lithium can be extracted via a small borehole on an industrial site the size of a ‘medium-sized supermarket’. The chemical separation technology is being developed in partnership with other companies and will take place in what she describes as a ‘box on the side’ of the plant. After separation, the water will be injected back into the ground, all with minimum impact on the Cornish landscape above. ‘There’s absolutely no way we’re going to open a big pit in the middle of somewhere beautiful,’ Lucy says. In fact, she points out, the area with the most lithium sits directly beneath old mining sites.

It seems a greener way of doing things than the water-hungry process of getting lithium from already parched salt deserts. But chemist Andy Abbott at University of Leicester reminds us to think scientifically. ‘It’s not about making assumptions and saying, oh, this must be better than that,’ he says. ‘It’s about whether you’ve done the life-cycle analysis.’ By which he means the rigorous scientific method that researchers use to understand the environmental impacts of particular processes and technologies. For lithium mining techniques we might compare, say, carbon emissions, water use and chemical pollution.

A study by US and Chilean researchers suggests that, despite 40 years of research, we still don’t know enough about the sustainability of traditional lithium extraction. ‘In particular, the issue of lithium mining impacts on local communities needs to be urgently addressed,’ the authors say, highlighting the problems of water loss and pollution due to chemicals leaking from evaporation ponds. According to Andy, though, drying out brines is an energy-efficient way of extracting lithium, whereas deep drilling techniques tend to be less so. However, Cornish Lithium intends to generate energy on-site from the hot springs by partnering with a geothermal energy producer. 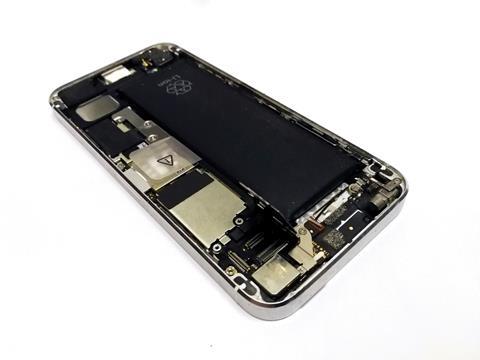 Mobile phones are lithium-hungry devices. Many thousands of tonnes are tied up in our smartphones

Rather than focusing on mining impacts, though, many researchers are now more interested in the benefits of lithium recycling. In the past, it wasn’t economical to recycle batteries for their lithium – they were recycled for their cobalt, which is used in compounds with lithium to create cathode materials. But, Phil says, ‘Now that the demand for lithium is coming up, we’re finding that is helping the price of lithium come up and the recycling will naturally follow.’

Eventually, recycling could help us reach the point where we don’t need to extract any more lithium, consigning Cornwall’s mines to history once more. But as Andy and his co-workers explain in a new study, that won’t happen for a long time as lithium recycling poses some tricky problems. For instance, batteries need to be carefully dismantled rather than crushed, as petrol car batteries are, to avoid electrical shocks and fires. One solution might be teaching robots to do it. And in the meantime, better battery materials may emerge. Sodium ion batteries could one day prove cheaper than lithium ion batteries, with the sodium being extracted from seawater.