Why we need to be teaching chemistry creatively

It’s not just arts subjects that are creative, chemistry is too. And that creativity and imagination are essential to its teaching, argues Simon Rees from Durham Centre for Academic Development 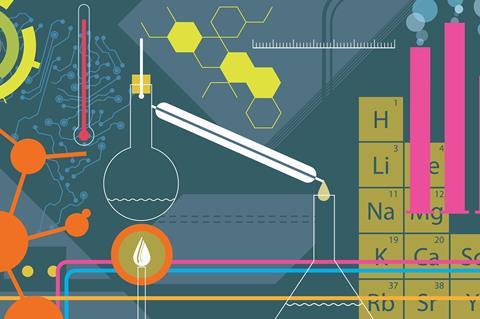 Creativity is not a word typically associated with chemistry. Just recently, for example, I saw an advert for UCAS subject information events organised under different subject headings such as: the physical sciences, arts and humanities, and creative subjects.

Why are some subjects recognised and labelled as creative? This implies that other subjects are uncreative. This is the case with chemistry, and STEM subjects more generally. Popular perception is that science is about learning facts rather than being creative.

This perception is damaging for chemistry education. If we wish to encourage more students to enjoy and engage with the subject, we need to do more to emphasise the creativity that lies at the heart of scientific endeavour.

Creative thinking is about developing novel and useful ideas and, in many ways, all learning in chemistry is creative. Students construct useful new meanings and understandings based on their experiences inside and outside of formal education. It is the role of the teacher to co-construct these new understandings and this requires creativity and imagination. This is particularly so in chemistry where we require students to imagine a world of atoms and molecules nobody has ever seen. Just as great fiction authors, such as J R R Tolkien, use words to construct imaginary worlds in the minds of the reader, chemistry teachers are the authors of their students’ chemical imagination.

Students can practise several kinds of creative thinking in chemistry:

To foster such thinking, teachers need to construct facilitating contexts and strategies that provide opportunities for students to develop competence in these spaces. The periodic table is an example of creative thinking in chemistry, but is rarely considered from this perspective. There may be reference to early ideas of repeating patterns of properties and Mendeleev’s creative thinking (although is it described as creative thinking?) to reorder some elements and leave gaps for elements not yet discovered.

This, however, is only a small part of the creative story.

The periodic table is often presented as a fait accompli and the arrangement left unquestioned. An important part of creative behaviour is to challenge and question established knowledge and models in order to develop new understandings. I ask students to critically evaluate the periodic table and to identify any possible shortcomings. They come up with observations such as the variable position of hydrogen, the separate block for the lanthanides and the actinides, or the discontinuum of the atomic number sequence caused by the periods being in rows.

I then challenge students to come up with alternative arrangements. Some struggle to imagine different ways of arranging the elements. Others more readily explore possibilities and create new ideas with elements arranged in different ways such as spirals that develop into a snail-like shape to include the lanthanides and actinides. Having presented their ideas, I show students examples of alternative periodic tables.

Creative thinking is widely recognised as an important skill by governments and employers. The digital revolution is making it possible to automate much that is routine in the workplace, while creative thinking remains (for the time being at least) a uniquely human domain. It is time chemistry education embraced this importance so that the term ‘creative chemistry’ becomes as widely accepted and understood as the creative arts.

Read more of Simon Rees’ thoughts on this topic in his book, Creative chemists: Strategies for teaching and learning.