A mixture is introduced into one end of the stationary phase, which is contained in a column or coated onto a substrate and the contents are flushed through the system.

Each constituent is adsorbed (or dissolved) to a greater or lesser extent as passage through the stationary phase takes place and since each therefore migrates at a different rate, separation of the mixture is achieved.

A simple example is the separation of inks using paper chromatography:

Chromatography has developed into a highly sophisticated and varied procedure which is used in chemical or bio-processing industries; the need to separate and purify a product from a complex mixture is a very necessary and highly important step in the production line. The separation can be achieved with great precision; even very similar compounds, such as proteins that may only vary by a single amino acid, can be separated this way. In fact, chromatography can purify any soluble or volatile substance if the right adsorbent material, carrier material, and operating conditions are employed. 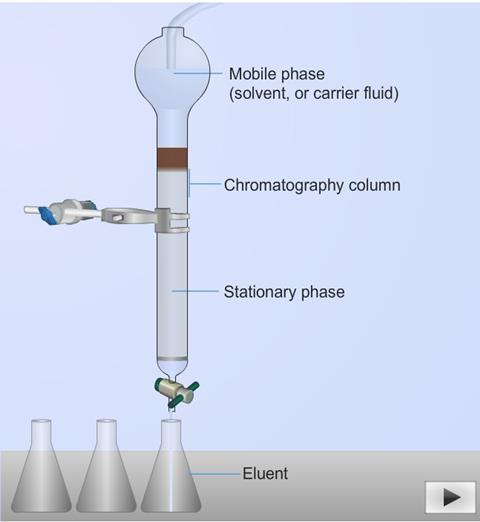 The basics – the mobile and stationary phases 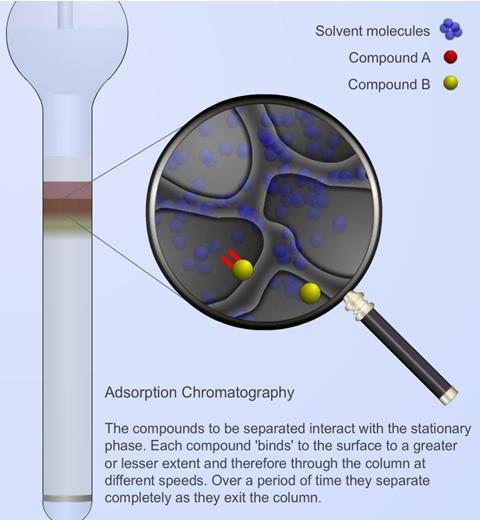 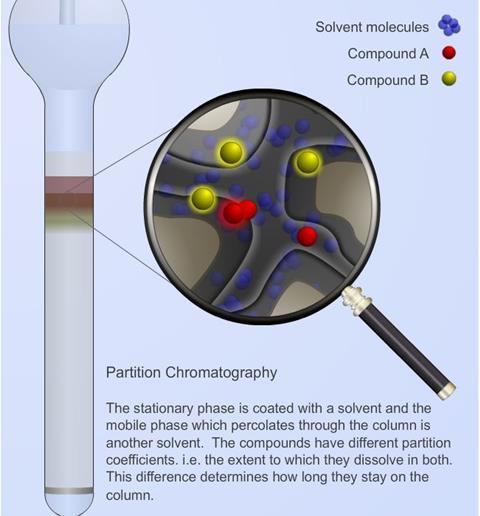