Nuclear magnetic resonance (NMR) spectroscopy explores the electronic environment of atoms. A powerful technique useful for identifying the small to the very large

When some atoms are placed in a strong magnetic field, their nuclei behave like tiny bar magnets aligning themselves with the field. 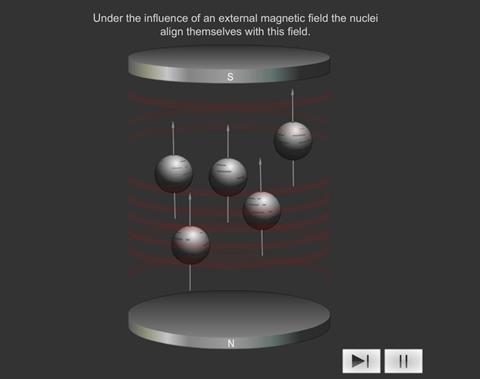 Electrons behave like this too, and for this reason both electrons and nuclei are said to possess “spin”, i.e. any spinning electric charge has an associated magnetic field.

To make the nucleus change to the higher energy alignment, energy must be supplied.
The energy absorbed corresponds to radio frequencies. The precise frequency of energy depends on the environment of the nucleus, that is, on the other nuclei and electrons in its neighbourhood.

So, by placing the sample being examined in a strong magnetic field and measuring the frequencies of radiation it absorbs, information can be obtained about the environments of nuclei in the molecule. 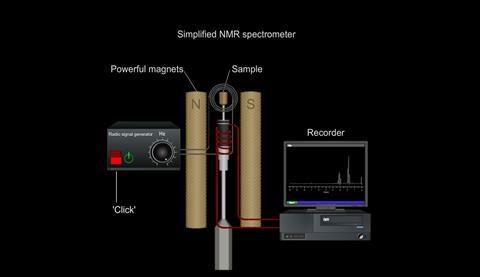 NMR is one of the most powerful methods for analysis of chemical samples, biological compounds, medicines etc.

NMR is also used a lot in pharmaceutical sciences and medicine, for example: