2
Let science for all be our shared heritage
Opinion

Let science for all be our shared heritage

Discover how one teacher identified, encouraged and invested in talented BAH chemistry students – and they thrived 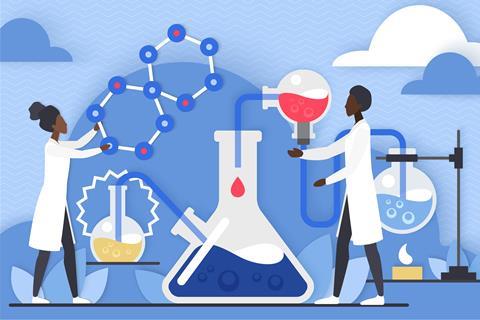 If we concentrate on fixing the past to create a better future, there’s a danger of missing out on the present. I welcome the current spotlight on the initiative to decolonise the curriculum, but believe that if our sole focus is rewriting the history books rather than attending to what is happening now, we will neglect another generation of talented students of Black and African Heritage (BAH).

Living role models, such as teachers, inspire students of any background to go into a field of study. They can be of any colour, but these are the people who recognise students’ talent and work with them to find the best pathway for them. When I asked one of my students what inspired them to study chemistry at A-level, he said: ‘My teachers believed in me’.

And students don’t need to be in a specific teacher’s class to be inspired by them. As a role model, a teacher should be available or accessible to all students, so they can pop in to have a chat or seek advice when needed.

When students from other backgrounds show a talent for sports or drama, they are encouraged to pursue these interests as super-curricular alongside their academic subjects. But a Black person showing similar flair is often expected to abandon the academic side of their education. This narrow focus is wrong. Why can’t they do both?

Why do students of BAH end up in bottom sets for science?

Are BAH pupils less likely to be pushy? Do they wait to be chosen? Is this to do with their culture and the experiences of past generations – expected to be grateful for whatever they are given, seen as disrespectful if they question their situation? Certainly, in many cases, there can be a fear of losing their cultural identity.

So what do we do? We often throw data back at them. We cite scores in a recent test. But what about potential? What about hidden talent?

Using CAT data, I could identify students’ potential, and we stopped allocating sets governed by behaviour

I went to an all-Black girls’ school in West Africa, where many pupils loved studying the sciences and took up at least two beyond compulsory education. So, why is it that in numerous schools, there’s an overwhelming number of BAH students sat in the bottom sets? Most do not question this, and nor do their parents.

When I joined my last school, we seldom had a student of BAH in our separate science groups and, rarer still, studying chemistry at 16–18. As key stage 3 coordinator in science, I spoke to these students to discover why they thought they were in the bottom set. Most believed it was because of their behaviour. I set out to change this mindset by instilling a new philosophy of setting based on potential rather than behaviour. Using CAT data, I could identify students’ potential, and we stopped allocating sets governed by behaviour. I moved BAH students from bottom sets and immersed them in the high-achieving ones. They thrived. There were no behavioural issues.

All students would benefit from a departmental guide on how to spot a talented chemist, not just those of BAH

I based team selection for Salters’ Festivals of Chemistry and the RSC’s Top of the Bench competition on practical skills and leadership qualities rather than assessment scores. I told students, including BAH pupils, that I believed in their potential and was choosing them to represent the school. I wasn’t too fussed about winning, I just wanted all my students to not exclude themselves from competitive activities. I entered as many of them as I could in the UK Chemistry Olympiad – insisting BAH pupils participated, and not limiting entry to A*/A grade students. We also attended the Royal Society Summer Science Exhibition.

The number of BAH students opting for separate sciences increased, and by the time I left that school there was a slow trickle of them going on to take chemistry at A-level, and an even slower trickle studying chemistry at university. However, we still overlook and lose many gifted BAH scientists. We must be more attentive to the hidden talents they bring to the classroom and praise them. And all students would benefit from a departmental guide on how to spot a talented chemist, not just those of BAH.

Samia El-AliSamia is head of science at More House School and an assessment associate and CPAC monitor for Pearson.