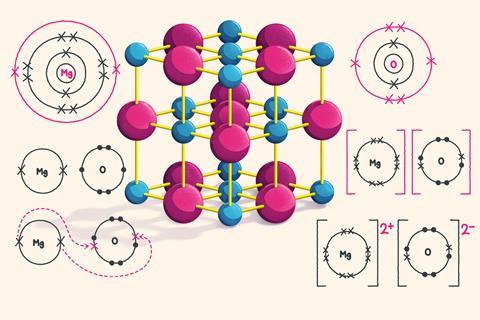 A dot and cross diagram is one way to model the transfer of electrons that occurs during this process.

Infographic poster, fact sheet and ionic bonding mats resource. Display the poster in your classroom or on a projector. Alternatively print it and use as a handout.

Use the accompanying reusable mats and worksheet to provide your learners with plenty of practice.

How to draw a dot and cross diagram for magnesium oxide 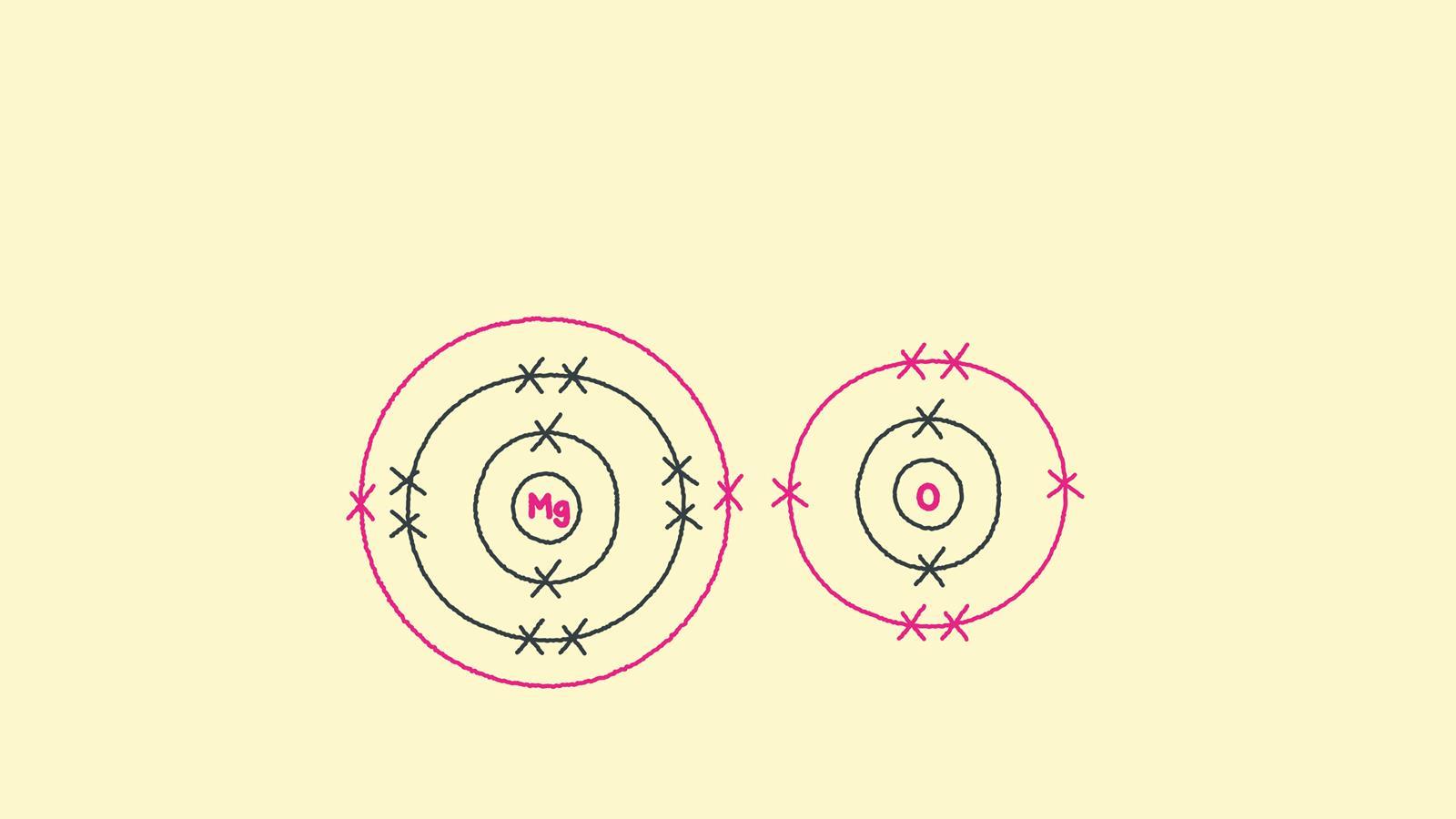 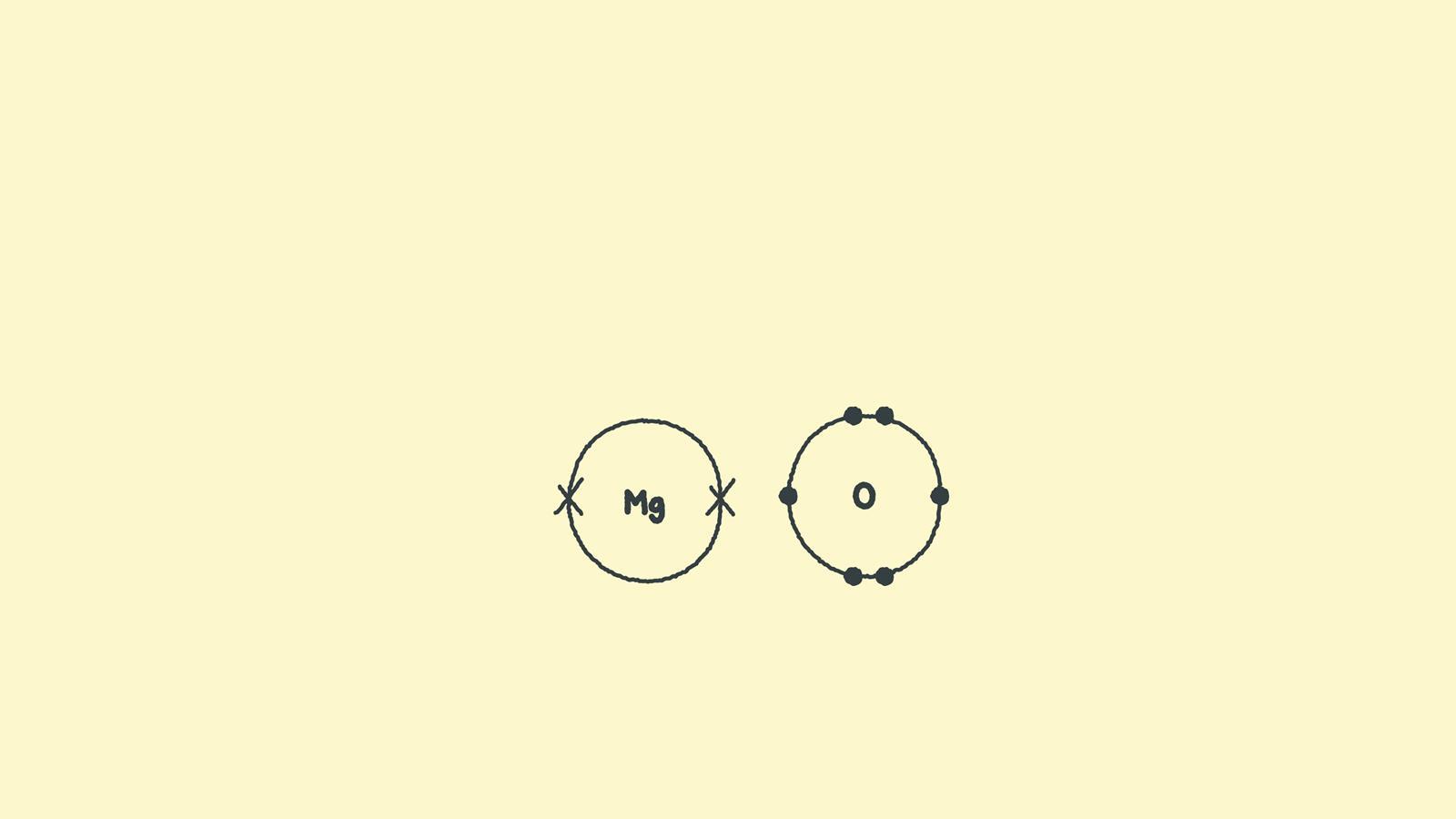 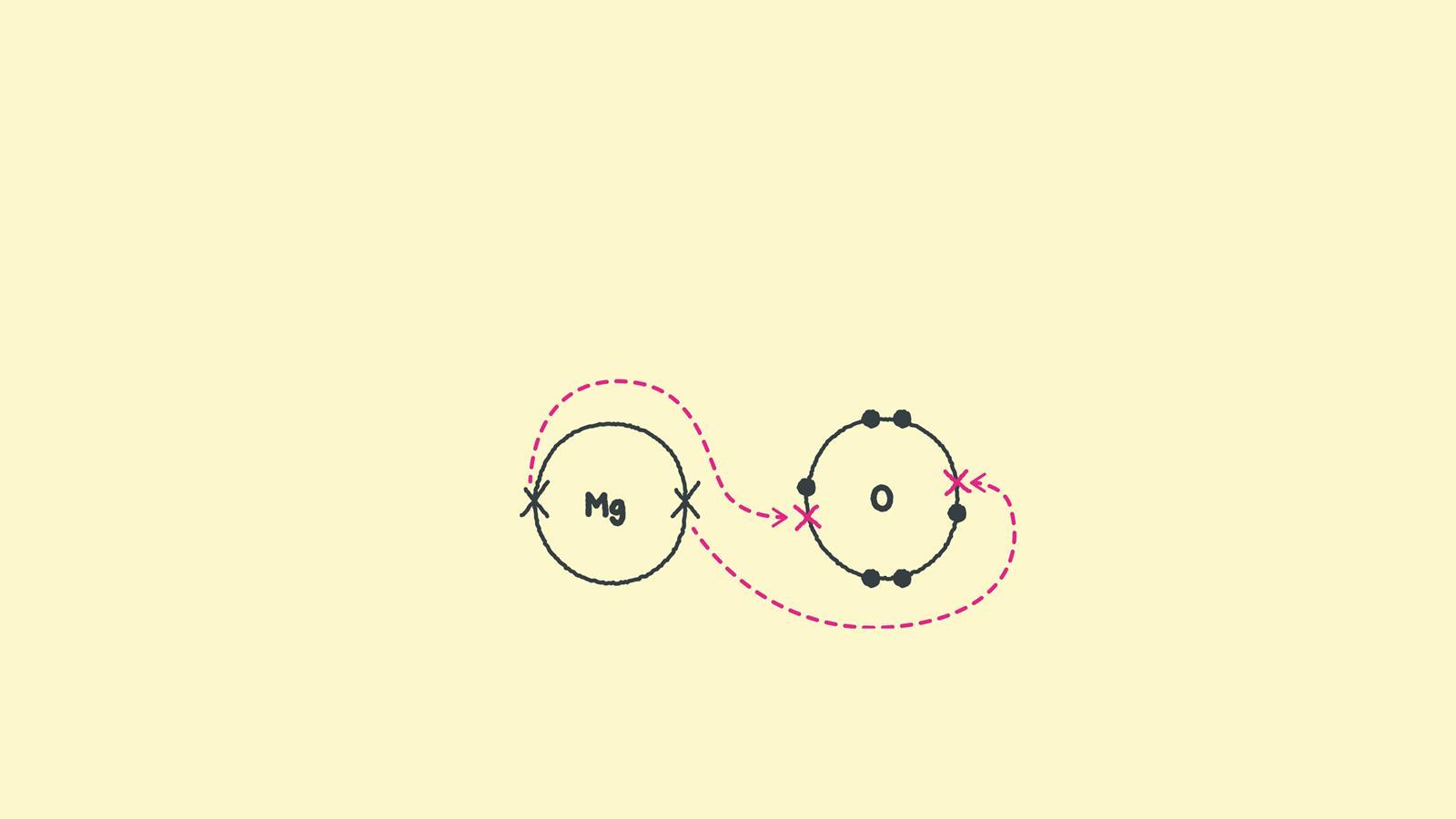 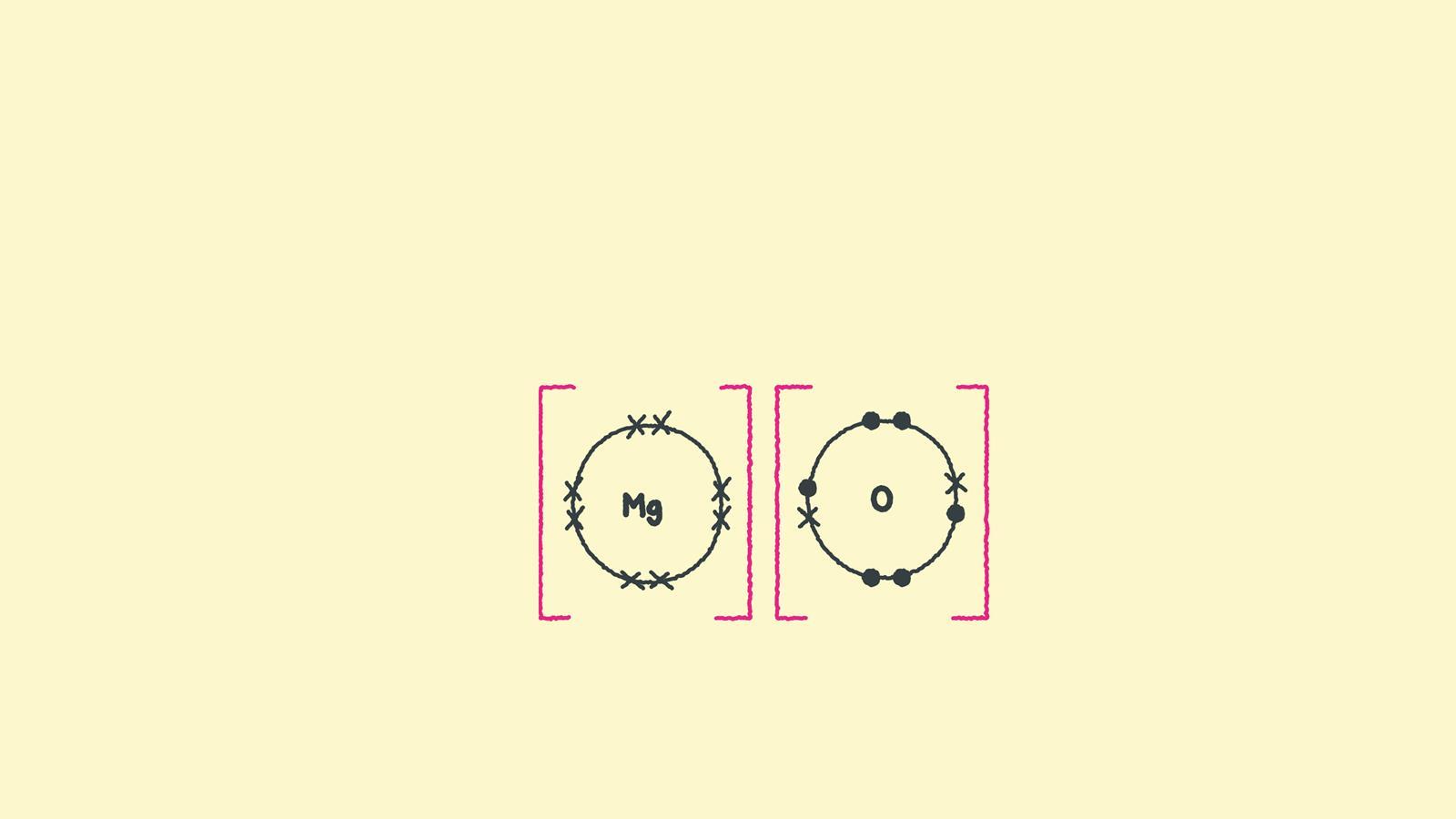 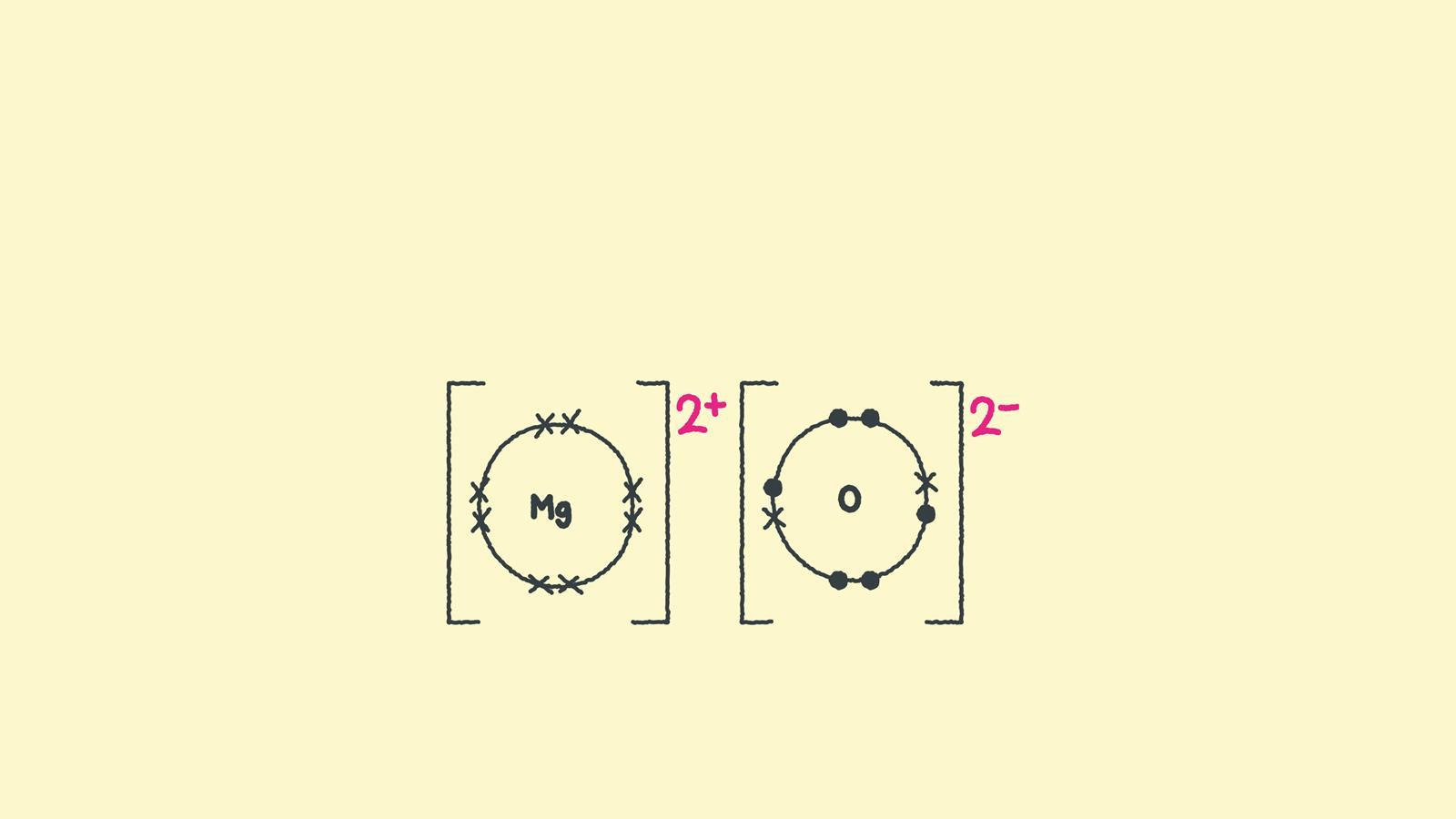 Draw the electron configuration diagram for each atom.

Draw the outer shell of each atom. Magnesium has two electrons in its outer shell, oxygen has six. Swap the crosses for dots in one of your diagrams.

Draw a square bracket around each ion. Magnesium now has an empty third shell so draw the second shell instead.

Add the charge outside the brackets at the top right corner. Write the size of the charge first, followed by the plus or minus. 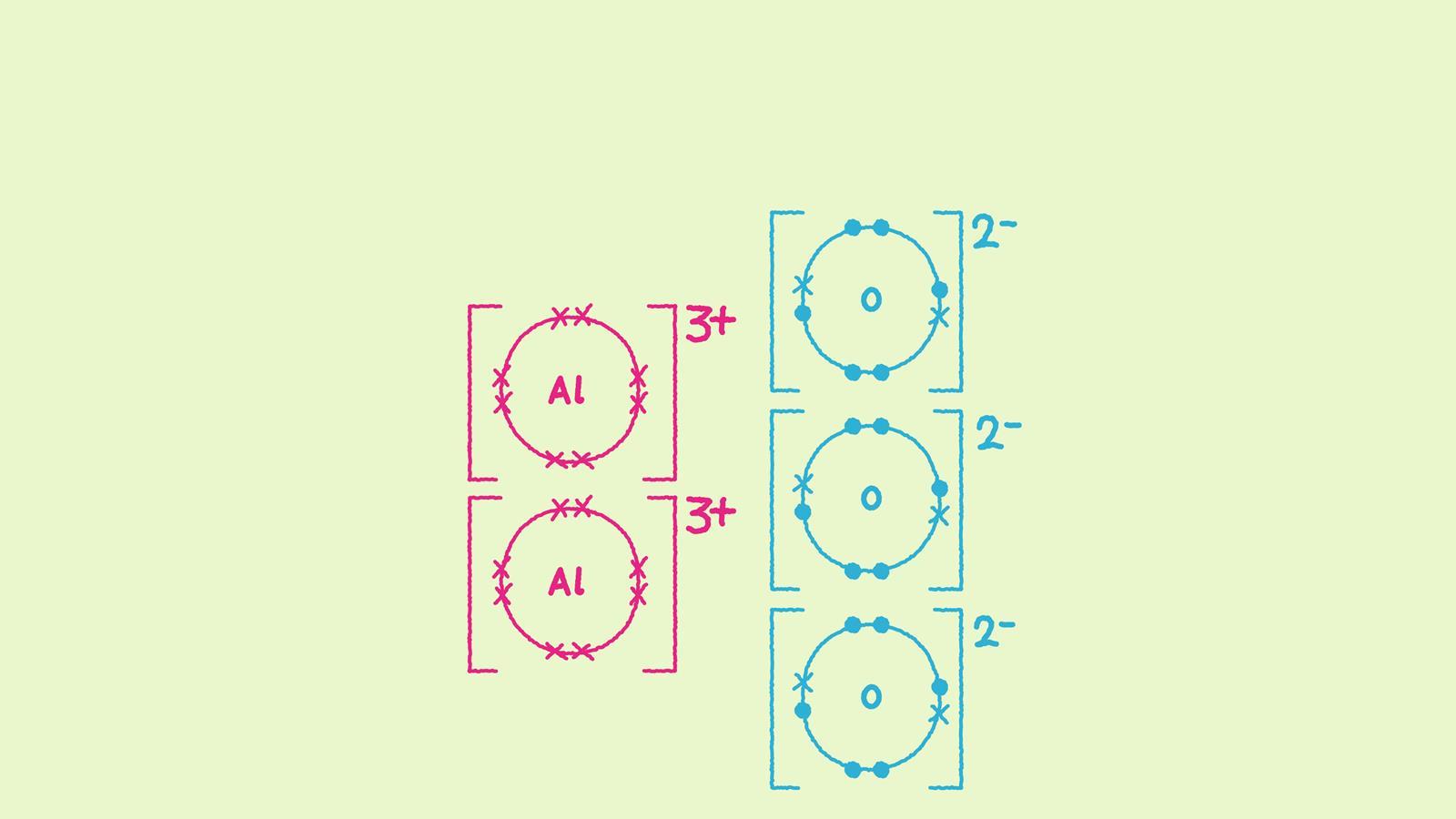 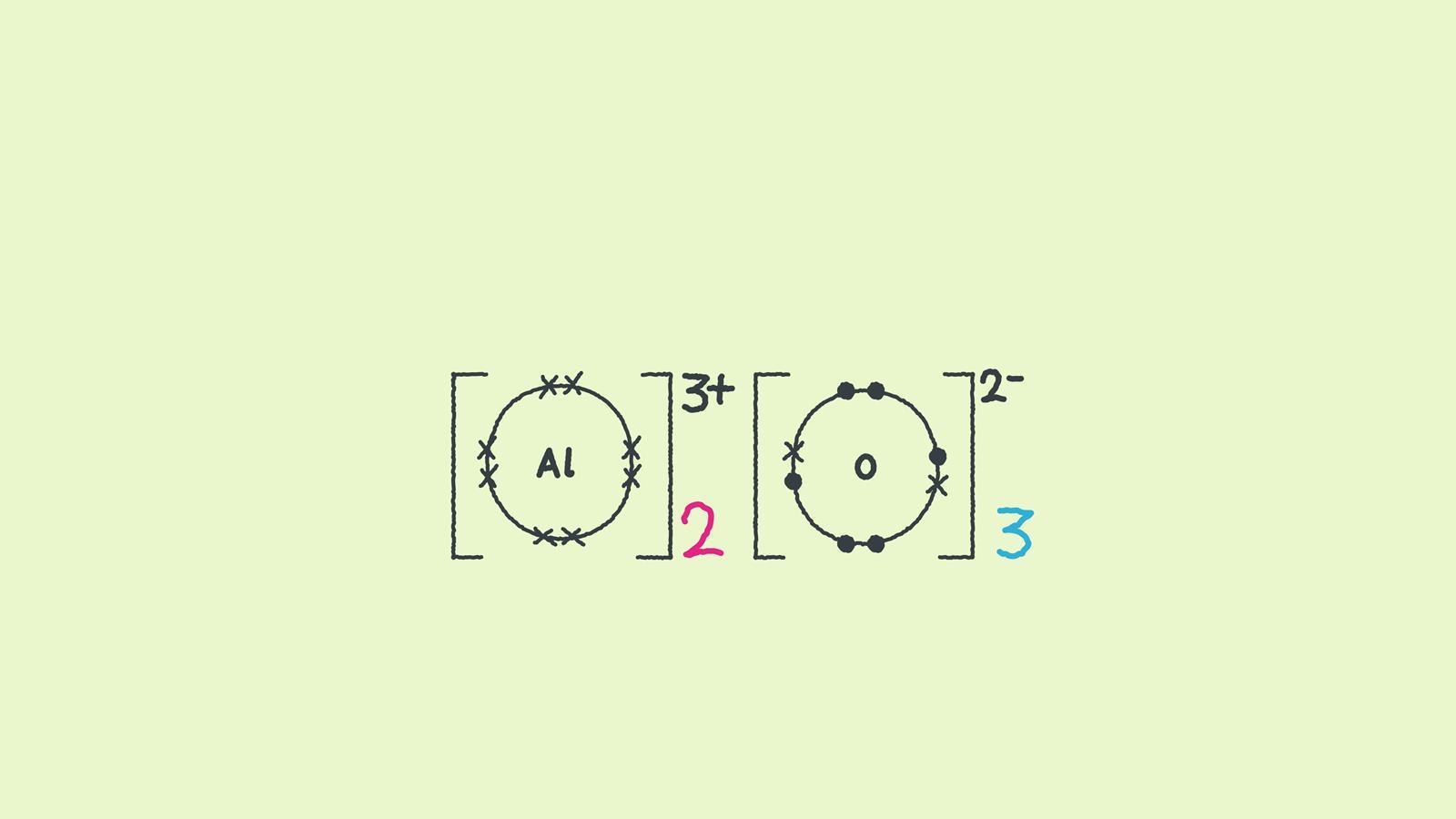 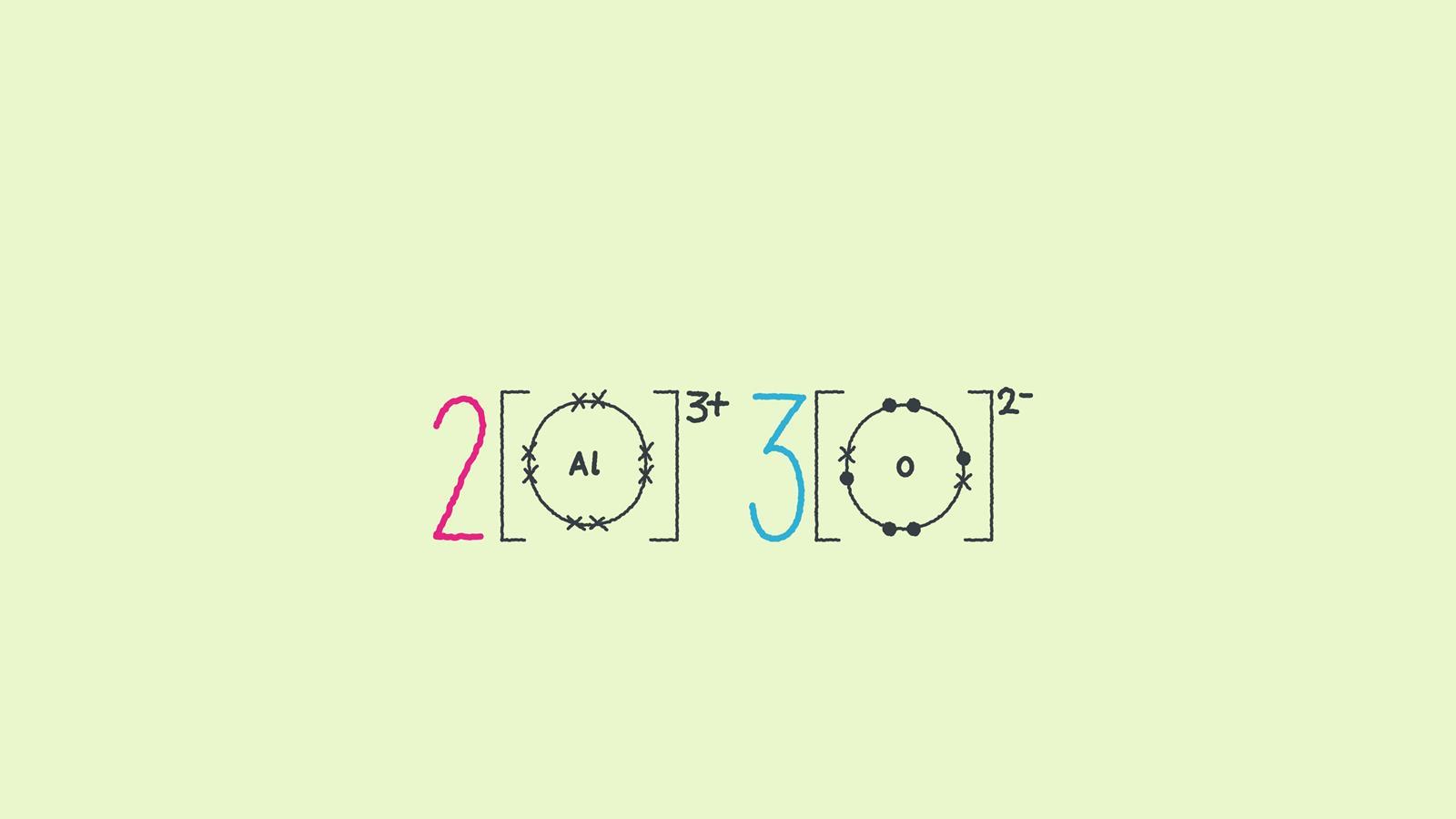 The number of ions indicates the ratio of aluminium to oxygen.

This diagram looks more like the chemical symbol for the compound Al2O3.

The large numbers in this diagram are multipliers. They mean that there are two aluminium ions for every three oxygen ions.

Want more step-by-step guides? Check out these articles with resources on: